Have you ever wondered what it would be like to be a plus size model? We often get emails and messages about how to be a plus size model, and any plus size models tips that we could share. WHo better to share a few additional tips than the winner of Project Runway’s Model Competition, than Liris Crosse? This model has been putting in work for quite a few years, advocating for diversity, teaching model classes and has recently penned her own book!

#NYFW may be over, but we’re still talking fashion over here on TCF. I am super excited about today’s interview. Dubbed the “Naomi Campbell of the plus size world,” Liris Crosse knows the power of showing up the RIGHT way. We sat down with Liris a few weeks ago at the TCF Style Expo, and she shared her top model lessons for success. 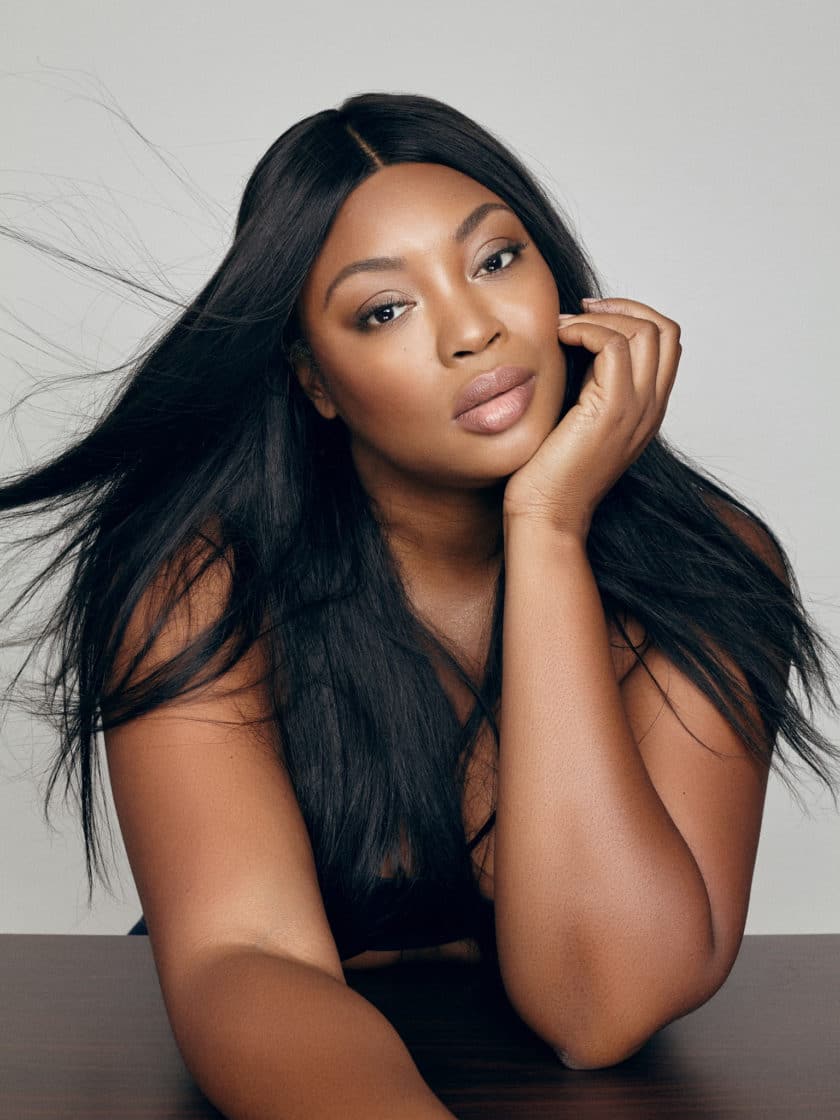 From her very first turn on the Project Runway stage, Liris received rave reviews and praise. A 2017 article in AV Club, crowned Liris the “true winner of season 16.” Her confidence, poise and fierce walk endeared her to everyone. “People [who watched Project Runway] would tell me they loved my confidence and wanted to bottle it for themselves,” the Baltimore native shares. While she couldn’t exactly bottle and sell eau de Liris, she did find a way to package her immense knowledge. Liris released her book, “Make the World Your Runway: Top Model Secrets for Everyday Confidence and Success” earlier this year. “These are principles and tools I use in my model life for productivity and success that people can use every day,” Liris continues, “I think every time we step out into the world, we’re coloring the world with our energy.”

That energy is what made Liris a memorable face on Project Runway – and a representative of the plus size movement. “I went to [Project Runway] to represent not just myself, but plus size women and women of color.” Liris showed TV viewers that plus size models could rock the runway.

The Rise and Rise of a Plus Size Supermodel

Liris’ fierce walk may have been new to Project Runway fans, but she is a entertainment industry veteran. She started her career on the urban scene; one of the few plus models with features in magazines such as Vibe Vixen and Honey. Liris’ father (who recently passed away) supported her and pushed her to put herself out there, “My father told me to believe in myself and know that God put me on this earth for a reason.”

Clearly, her reason was modeling – opportunities for plus size black models were scarce, but Liris secured work. You saw her in a Jay-Z video, you saw her in The Best Man movie, you saw her in magazines. To put it frankly, Liris was the first plus size, black model I ever saw. It was a big deal to see a tall, statuesque, curvaceous woman of color on my TV screen. This point was not lost on Liris, “I [wanted] to change their perceptions of what a plus model could do. And I did.”

In her book, Liris credits early-learned lessons for her success:

Something I learned early in my career was, “be on time.” On set of my first movie (The Best Man) there was a dancer who showed up 90 minutes late. The director sent her home, she was late and he didn’t need her any longer. About four of five years later, I was receiving letters from SAG [Screen Actors Guild] about my residuals. It turns out, because i was in that movie, I became a member of SAG and had a check waiting for me. [And] just think, that one young woman missed out because she was late.

More than just showing up on time, Liris extols the virtues of professionalism and making a positive impact.

Surrounded by Positivity, Liris is Ready for What’s Next

More than any other lesson Liris shared with me, having support was number one. Support made a difference, “I surrounded myself with great people who pushed me and didn’t let me give up.” Perhaps that is the secret sauce to for this working model. So what’s next for Liris Crosse? Currently, you can catch her working the bridal runways for Maggie Sotero, “we have a very special relationship, I am loving it.”

Whatever Miss Liris does next, as a long-time fan, I will definitely be tuning in.

You can purchase Liris’ book, “Make the World Your Runway: Top Model Secrets for Everyday Confidence and Success” with foreword by Tim Gunn, on Amazon or on her website.

My name is Jess (hey girl hey!) I am a plus fashion, beauty, travel and lifestyle blogger doing this for the people who love muted tones in glam styles that they can take from the boardroom to happy hour and beyond.

I’m originally from California, but have lived all over - England, New York, North Dakota, DC. I work full time in corporate America and love using fashion to express myself.

In addition to contributing at TCF, I blog over at A Neutral Life.