Search
Looking for a little plus size style inspiration? Well, check out our fave This is Us star, Chrissy Metz as she rocks ELOQUII at the 2018 Critics Choice Awards.

The 2018 Critics Choice Awards popped off on Thursday, January 11th and you know we had our eyes on the red carpet! And we spotted a fave! Chrissy Metz!

No other than Chrissy Metz, who plays Kate Pearson, one-third of the “Big Three” on the hugely popular NBC show, This Is Us. Fresh off an explosively emotional mid-season premiere, Chrissy strutted down the Critics Choice Awards red carpet as a nominee! Chrissy was nominated for Best Supporting Actress in a Drama Series.

As usual, Chrissy not only knows how to make us scream in tears on-screen, but always brings on the fashion conversations during public appearances off-screen.

What was she wearing?

On Thursday night, Chrissy was rocking a custom version of ELOQUII’s Tie Neck Ruffle Sleeve Dress and she looked so cute! Filled with bold patterns and flirty colors, Chrissy jazzed it up with a shiny black belt. Shout-out to her stylist, Penny Lovell!

Plus, the dress is so cute because it has a built-in accessory. Do y’all see that choker collar? Love it!

Overall, I give the dress choice a thumbs-up! 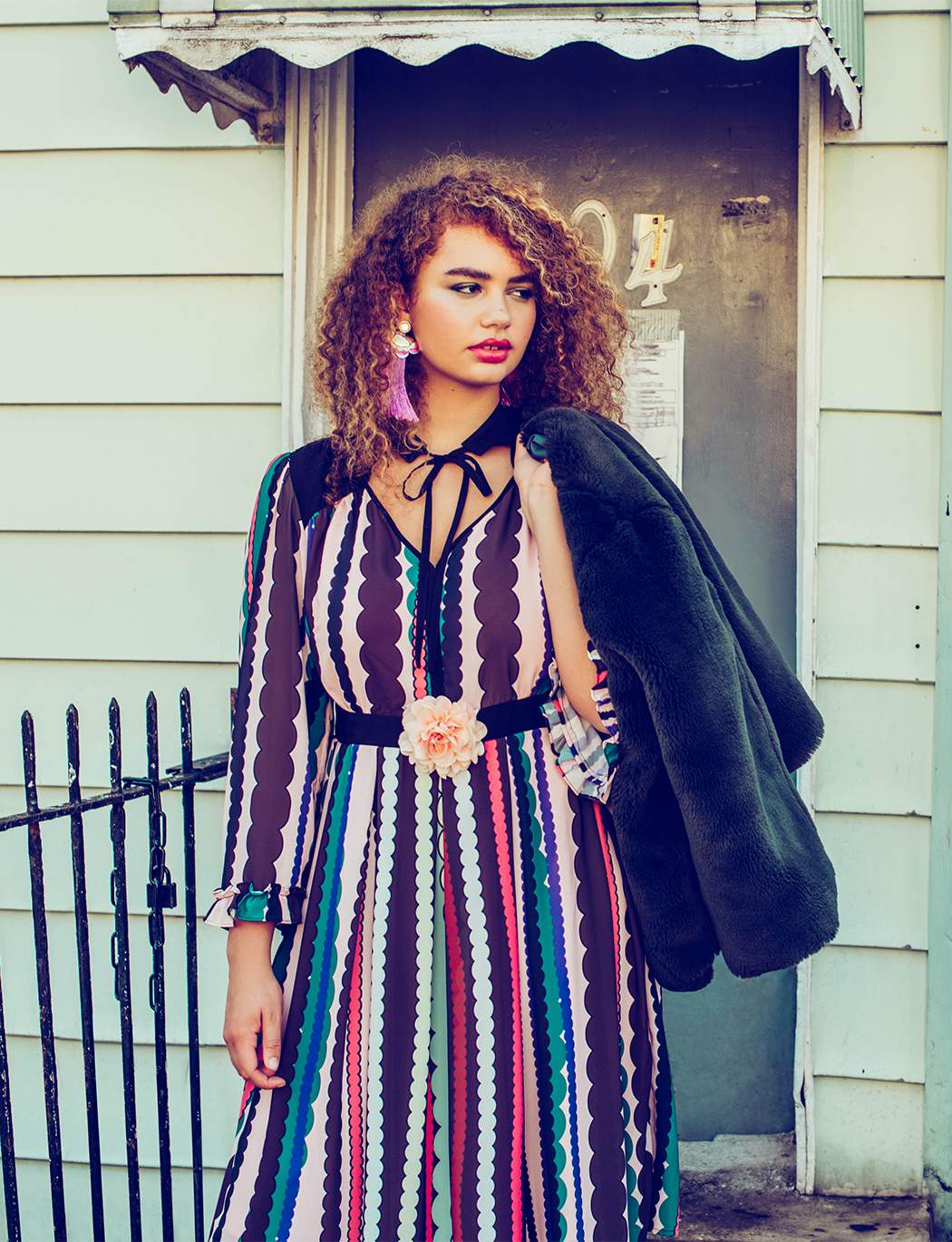 You can score this Tie Neck Ruffle Sleeve Blouse at Eloquii.com!

Head to ELOQUII online here and cop it for $139.90! BUT, you know Eloquii, they are always hooking you up with a deal! And guess what?  I spy a sale! Who would not want to take advantage of this?

So now you can rock out like Chrissy and look amazing while doing so, right?

Have to admit, I do dig the longer version of this dress and crosses my fingers that they give us this option, asap-tually!

What do you think about her look and the dress?