Saucy Santana is a star. His talent is undeniable and paired with his charisma and effortless style; he is indeed someone to watch. Santana is a rapper and TV personality, formerly known as Santana On the Beat. Saucy Santana first began seeing success as a rapper in 2019 when he released his hit song “Walk Em Like A Dog” on Soundcloud and his sound instantly took off.

At the height of the COVID 19 pandemic, Saucy Santana began releasing bodies of work and scored several other viral hits including “Walk,” “Up & Down ft. Latto,” and “Material Girl.” With hit after hit after hit, the Material Girl is proving that he has staying power and star quality. And with all of this already present success, you can always count on folks to add a little fatphobia in the mix for razzle dazzle.

Saucy Santana is a dark skinned, curvy/thick, femme presenting rapper from Perry, Florida and seeing him thrive in a genre that is heavily cishet male dominated, there’s bound to be critics. Recently, some naysayers have taken to social media to criticize the rapper and his body.

A recent Twitter user said: “If Santana lost about 20-30 pounds, he could really be the next big thing.” Santana in his true style and personality clapbacked stating there was no reason for him to lose weight when he is receiving all his stardom and success now – at this size.

Unfortunately, Santana isn’t the first and won’t be the last public figure, rapper, singer, or entertainer that will be told they don’t have “the look” to be successful in the industry or to be accepted. Fatphobia, which informs everything in society from beauty standards to employment, accessibility and beyond, has often shaped people’s access to resources and achieving whatever dreams they may have for themselves.

On social media, I’ve seen Santana be referred to as everything from “bad built” to “Rick Ross in makeup” and at every turn it becomes more evident that the world believes someone like Saucy Santana should not be where he is and his mere presence in Hip Hop spaces dominating a male genre and rapping alongside his femme and women peers is certainly, shaking the table.

Over the past two years, we’ve seen Santana share his journey with liposuction, recently expressing he’s gearing up for another round. There are so many ways beauty standards and the world’s fatphobia influences us to change, mold, and recreate our bodies to make them more palatable for those around us.

Beauty culture and thinness, which is inherently anti-Black, lands you a closer proximity to whiteness which lends someone, like Saucy Santana, more capital in an industry that profits on people who look like him, hating themselves.

Bodies like Santana’s don’t get the chance to be seen as sexy and pretty, in both heterosexual & queer spaces. In a perfect world, Saucy Santana wouldn’t feel the pressures to receive lipo and would of course still always reserve the autonomy over his body to do so if he chose. Santana is redefining rap not only in queerness, but also in body.

He is flourishing in rap because he’s breaking molds and doing all the things in THIS body and identities that he’s been told can’t be done.

And honestly, we’re living for it!

Are you a fan of Saucy Santana, as we are?! Tell us what you love about them in the comments below!

Toni Wilson (she/her) is a social worker, organizer, spiritualist, fat liberationist and Black Feminist from Brooklyn with roots in Jamaica; dancing to soca, dancehall, and afrobeats is her resistance. She grounds her healing work at the intersections of race, gender, class, sexuality, body, and culture. Through youth work, culture shift, organizing, and advocacy, Toni uses her radical imagination to envision a world where everyone believes in the promise of Black girls. Toni is a co-host of Stay In the Sun podcast and freelance writer for The Curvy Fashionista. 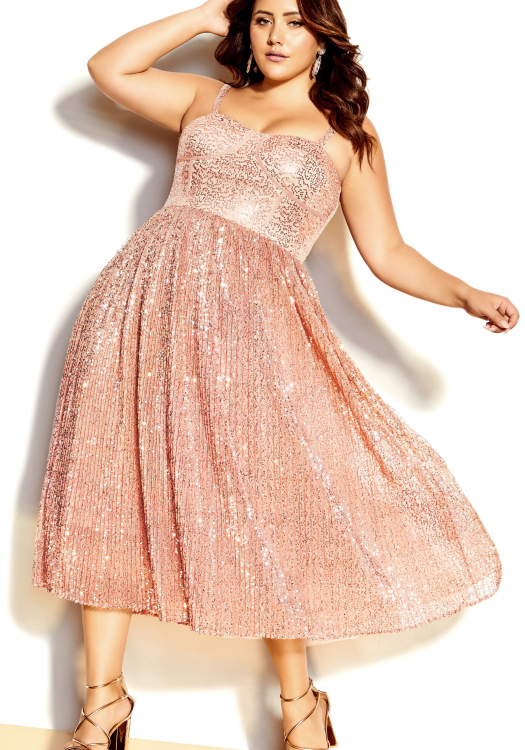