The Grammys may be over, and Twitter debates are in full force. But we’re still not done living for the best plus size Grammys looks of the night. And this year’s red carpet was a breath of fresh air for thickies.

For the 2020 Grammys, plus size red carpet looks stood out — regardless of the size of the wearer. Among the black velvet fabric, tulle, and crystal-encrusted ensembles, the best part was how well each look fit. And believe it or not, that’s actually saying a lot.

Fat people and red carpets are becoming more frequent, which hasn’t been the case for some time. More plus size celebrities like Chrissy Metz, Lizzo, and Danielle Brooks are gaining steam in mainstream media. Not only have award shows gotten better about giving fat bodies visibility, but also stylists and (read: some) designers are going the extra mile to make those bodies look extra stunning.

If I felt how I looked, everyday would be a beautiful bitch. Tap.

Lizzo came to serve on Sunday night. And she did so while paying homage to the Hollywood starlets before her. According to the designer’s page, the singer and rapper wore a custom Atelier Versace two-part dress.

Tess Holilday may not be a musical performer, but she proved her star-power in this dress. According to a press release, Holiday was styled by Meaghan O’ Connor, clothed in a strawberry embroidered tulle dress from Lirika Matoshi. To complement the ‘fit, she rocked a red crystal clutch by Onna Ehrlich and red and pink statement earrings from Natalie Mills.

Not bad for trailer trash from Mississippi y’all? ??? (clearly still not over this glam?)

Also, can we talk about this glam?

Oh LIZZO we love creating for you! Sparkling like the nights sky tonight at the #grammys in Siriano! ??? Styled by the fabulous @brettalannelson

The designer of all bodies — a.k.a. Christian Siriano — made Lizzo’s performance dress for the Grammys. Opening the show, Lizzo sported an off-the-shoulder black velvet gown during her performance of “Cuz I Love You.” Doused in crystals and primped in tulle, Lizzo encompassed a look princess would be jealous of.

The superproducer you know and love earned his gold gramophone in head-to-ankle black. Though we don’t know where DJ Khaled got his suit, you can catch a glimpse of those red and black Jordans.

Brittany Howard may already be a style icon for plus size people from this look alone. Designed and styled by Nonja McKenzie, Howard rocked a green and gold kimono with matching pants and a satin wrap top. Here’s to hoping a look like this goes into mass production.

The self-proclaimed queen of country soul also rocked a look from plus size women’s go-to designer. Christian Siriano designed her this hot pink fringe look for the Best New Artist Nominee. Though Billie Eilish swept this award home, Yola’s dress is winner in its own right.

Lizzo came to turn out the Grammys in several jaw-dropping outfits. For her press look, the performer took to Versace again — and it only took 700 hours to make. According to the designer’s Instagram page, the Atelier Versace dress was created by hand beading it in Swarovski crystals that created a waterfall fringe effect.

Grande’s look was one of the few looks to steal the red carpet. Though she’s not plus size, this Giambatista Valli gown is one that we would’ve loved to see on a body with curves. Think of this as the ultimate cake topper dress.

Which of these looks from the Grammys was your favorite? Are there any other looks you wished you saw on a plus size person? Who should get best dressed and worst?

Tell us in the comments, sis!

Ari is a plus-size blogger and writer with a focus on representation in fashion and beauty from a Black, fat, and queer perspective. Having worked in media for over 10 years, she has delved into television and fashion show productions as well as public relations. Ari and her work have been featured in Bustle, Apartment Therapy's sister site, The Kitchn, Revelist, Narcity, Refinery29, The Cut, the late Babe.net, and now The Curvy Fashionista 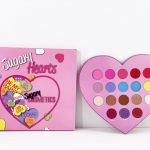 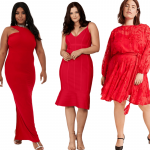