So, you might have heard some interesting gossip “under the sea”: the Walt Disney Studios is in the process of casting their upcoming live action movie (which loosely adapts the original Hans Christian Andersen tale, along with their 1989 classic). Ariel, Scuttle and Flounder have been cast, and Disney has their eyes on a very specific individual to play the evil sea witch, Ursula.

So who do they feel can fill the iconic role of this mistress of the ocean? That would be Melissa McCarthy – and to this writer, that’s quite the “unfortunate” choice.

With her beautiful purple skin, incredible eyeshadow skills, and soft serve hairdo, Ursula is more than just a villain – she’s a legend. Serving as a tribute to the immortal drag queen Divine, and voiced by the incredible Pat Carroll, she embodies sass, power, and she happens to be a plus size lady…. squid… sea…. whatever.

But nonetheless, in an animated culture that often depicts plus size female characters as either cartoonish comedic relief, or forgettable motherly figures, it’s wonderful to have a bold, unapologetically hand drawn lady that commands the screen and embraces all of her “body language” – a figure who continues to inspire pop culture, fashion, and a variety of kids and adults the world over.

Is Melissa McCarthy the Ursula we need?

So when the news broke of Melissa McCarthy being the likely actress to fill the role of Ursula, I (and many others) were puzzled.

Yes, McCarthy is a talented and recently Oscar nominated individual, but is she the right fit for the role?

Sure, she’s got the comedic chops, the ability to have a loud persona, and probably could do a good karaoke cover of “Poor Unfortunate Souls”, but does that qualify her to take on one of the most important Disney villain roles of all time?

Because, in my mind, you need a lot more than the “basics” to play this lavender diva.

In 2019, more than any other year, the plethora of incredibly talented, plus size individuals in the entertainment industry is growing in numbers day-by-day.

Sure, representation within said media isn’t perfect, but with projects like Shrill and Lizzo (we’ll get to her in a moment) cementing her place in pop culture history, this is the perfect time to pick someone for Ursula that isn’t the safe “People Magazine style” choice – but instead someone who represents the progression of representation in and out of the cinematic sea.

One of the possible good choices (and my personal top pick) would be Keala Settle. Having recently starred as the Bearded Lady in The Greatest Showman, Keala has had a long history of playing incredibly powerful female characters on and off the stage.

From Broadway roles such as the innkeeper’s wife in Les Miserables, to her Tony nominated performance in Hands on a Hardbody, Keala is a force that is hard to ignore.

And considering the recent casting of Halle Bailey as Ariel, and the fact that Lin-Manuel Miranda is behind the new songs for the live action film, I think it’s important to cast Ursula as someone with a theatrical/music specific background.

Also, can we just all take a moment to imagine her belting the heck out of her big number?

Excuse me while I go dream a minute.

You know who else would own this role? Tituss Burgess

Have you seen Tituss take on the Ursula song, Poor Unfortunate Souls? Considering the impetus for Ursula being Divine, this casting pick is not too far off here.

With the acting chops and an obvious voice and attitude to make this work, Tituss has to be a strong consideration here. Unlike the character he plays on TV, Tituss Burgess made his mark on Broadway a long time ago.

His biggest break came in 2007, when he originated the role of Sebastian in Broadway’s Little Mermaid.

Could you imagine this pick? Whoa.

What About Chrissy Metz in This Role?

Another is Chrissy Metz, who is no stranger to playing strong characters while also showing off her pipes in various ways. From her roles in American Horror Story, to her award nominated performance in the acclaimed NBC series This is Us, Chrissy has proven time and time again that she always has tricks up her sleeve, and I think a fantasy based sea witch would be one she could handle easily.

She also isn’t afraid of being experimental with fashion choices, so she could pull off Ursula’s signature look with no problems at all.

Combine that with Chrissy’s wicked sense of humor on and off screen, there’s no denying she could bring something special to Ursula.

Can You See Lizzo as Ursula?

And then finally, there’s Lizzo. Now of course, I’m not going to say I know much about Lizzo’s acting abilities, but when it comes to her vocals and stage presence, we all know that she’ll knock it out of the park to bring that confidence within Ursula to life.

Personally, I’m always one to pick an actress over just a musician with little to no acting experience, but when it comes to Lizzo, she has a fire in her that is hard to ignore which makes me convinced that she can do just about anything.

And after you watch the clip she posted on her Twitter of her in head-to-toe Ursula goodness, it’s easy to see that she has the potential to be a great Ursula.

Who is your Top Pick for Ursula?

Overall, Melissa McCarthy isn’t a “bad” choice for the part, but she’s the safest of them all. Ursula is a character that deserves a talented individual, who carries on the legacy of her impact on pop culture, with an electricity that cannot be demised by movie-goers.

Whether it be a plus size woman (like the amazing ones listed above), or a drag queen that represents the roots of what inspired the character, Ursula isn’t just some random villain that needs to be checked off a list. You also have Amber Riley and Queen Latifah who could give us what we want and need!

Listen, Ursula is the secret sauce that makes The Little Mermaid so special! The person that plays Ursula should be equally as delicious.

So, who do you think should play Ursula? Do you like Melissa in the role, one of the three alternatives above, or someone else? Comment below and give your thoughts on the matter. 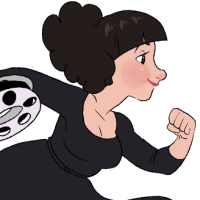