Earlier this week, pictures popped up of Chanel’s Cruise collection on the French Riviera in Saint Tropez, a place where Karl spent parts of his childhood. Stepping out of the norm, into a new direction, Karl Lagerfeld chose to use the beautiful Crystal Renn for his show. Great right?

Well, there is more behind the fabulosity Crystal Renn showed as the barefoot Chanel-clad curvy fashionista strutted down the runway. The fact that Crystal Renn walked for the very man who said “No one wants to see curvy women,” is astounding and a major breakthrough. Rather than the blank slate of a model, Karl chose to have the models exude their own personality, as Each girl was cast because of her sense of individuality, Karl told Andre Leon Talley. 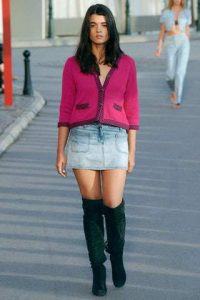 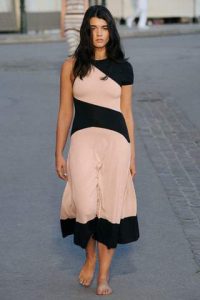 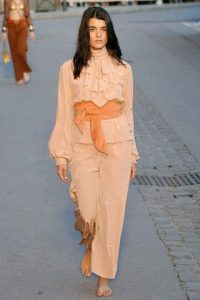 What does this mean for Plus Size Fashion?

As the ever-enthusiastic one, I see this as something major, given Karl Lagerfeld’s very vocal opposition to plus models. I do find it very interesting that right after he made the comment heard around the globe, he then shoots for V Magazine’s Size Issue, then fashions one of the industry’s highly sought plus models!

With the amalgamation of the high fashion spreads of curvy fashionistas in the European magazines, such as French Elle, Polish Elle, French Marie Claire, and French Vogue having Chanel fashion any size diversity is huge!

I am excited to see what lies ahead in the world of plus, but my question to you is, do you see this beyond a one time thing or as a movement forward?