While many Black girls related to Moesha, I always felt more connected to her best friend, Kimberly Ann Parker. I watched Moesha loosely in my younger days (mostly for Quinton ‘Q’ Brooks), but it was Kim who really did it for me.

Kim was witty AND had great style. Aside from being Moesha, Hakeem, and Niecy’s punching bag most of the time, Kim did an amazing job at holding her own, embracing her curves, and having confidence her friends envied.

So, when the Parkers were introduced on Moesha (Season 4, Episode 18) and the crew graduated high school during the Season 4 finale, it was evident how much of a key component Kim Parker was on the show— in spite of it running for two more seasons.

Nikki and Kim Parker were more than just a mother-daughter duo in college. They weren’t just comedic relief in the background. They had thriving love lives, incredible friends, and did what had to be done for five seasons.

Prior to The Parkers, I can’t remember any other with two Black, plus size leads

For every moment we’d love to forget, there were so many that were unforgettable. For example, Kim’s less-than-stellar academic record, the series finale, and Nikki chasing Professor Oglevee for far longer than necessary.

Episodes like An Ode To Tebo The Clown, Nikki Finding Her Soulmate (I could dive deeper into this, but 1. I don’t want to ruin it for anyone and 2. I still have very intense feels about this), everything Freestyle Unity, and much more.

In an article by Sydneysky G., she greatly discussed the “sassy, fat, Black friend” trope, along with the pervasiveness of fatphobia in media. She broke down how the trope shows up through Kim on Moesha, Dijonay on The Proud Family, Fran on Shrill, and Kelli on Insecure.

In this article, she stated:

“Kim was never meant to be the character audiences wanted to be, but rather an example of the “ghetto” fat Black girls that society looks down on. Showing fatness as a moral failure, fat characters are made out to be cautionary tales of “unrespectable” Black girls.

Also, during our recent interview with Danielle Pinnock of Boyega Brides, she stated, “A lot of times as Black women of size, we are the laugh track in a lot of white imaginations.” 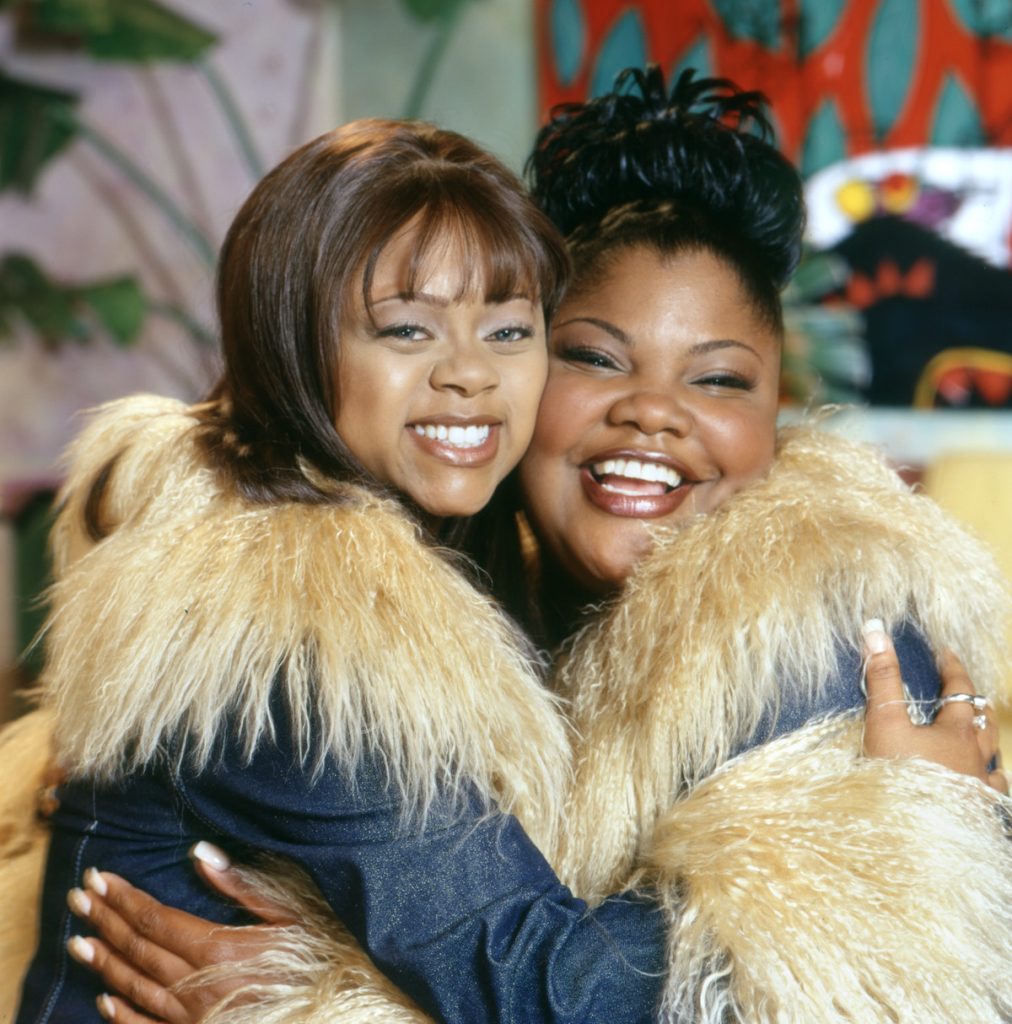 Thanks to Netflix, You Can Rewatch The Parkers!

During The Parkers’ run from 1999-2004, I remember running to the TV to watch the show with my older sisters, who were both much thinner than myself. Although the Parkers were sassy, fat, Black, and hilarious, they were far from sidekicks.

Nikki and Kim used their loud, witty, albeit direct personalities to defend themselves, set their loved ones straight, and embrace their curvy physiques. I felt seen when it came to Nikki and Kim.

As a college student, Kim was always dating. To see her as the object of desire without her weight being constantly mentioned or focused on was refreshing. It was necessary, and realistic— to an extent. It’s also worth pointing that so many of us were like Kim at 18.

Countess Vaughn recalled, “People think that when you turn 18, it’s time to leave about become an adult. Lots of kids want to leave home. Kim left home too early and that’s why her mom had to move in with her. It just shows that you’re not always grown just because of your age.”

And it’s true; we don’t always get it right. We fail classes and make mistakes, but we learn, grow, and navigate adulthood the best ways we can.

I may have been much too young to consume such content when the series first aired, but when I began dating while the show ran in syndication, I had this mother-daughter duo who looked like me dishing out advice and handling real-life issues.

In a 2000 interview with JET, Mo’Nique stated, “Our show is so real to many people. Everybody has a Nikki or Kim in their family.”

The Parkers taught me it was okay to balance being goofy and serious.

And that it shouldn’t be frowned upon to be the catch and the chaser. 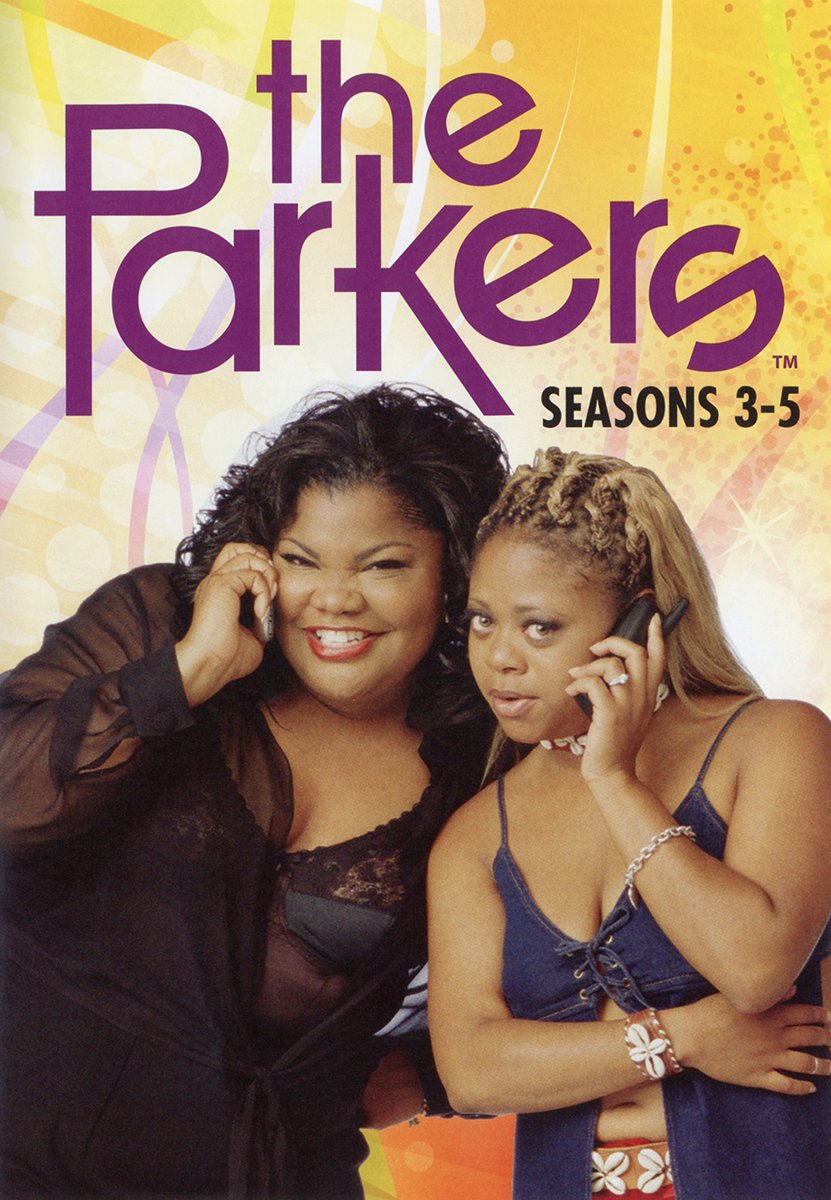 In a sentiment Countess shared about The Parkers twenty years ago, it’s still relevant today. She said, “We just want to make people laugh and we stretch it a bit, but it’s nice to get from reality sometimes because we deal with so much from day to day.”

With Hollywood always leaning towards thin leads in TV and film, The Parkers gave curvy women the representation we craved. While this still isn’t the norm, it was a step in the right direction. And for that, Countess Vaughn and Mo’Nique deserve their flowers.

You can watch The Parkers NOW, on Netflix!

Do you share the same feelings about The Parkers as we do? How did you feel seeing this show, growing up?