Search
Milan interestingly pushed out Elena Miro from Fashion Week, with a poor excuse, yet the Elena Miro continued to show with a standing room audience.

Okay. Just when you thought we were making strides in the integration of plus size fashion into the mainstream, London Fashion Weeks knocks us back a few. After being the only plus size designer to show and open Milan Fashion Week for the last five years, Elena Miro was EXCLUDED from the schedule. Their reasoning:

Head of the National Chamber of Italian Fashion Mario Boselli told the AFP, “Some labels just weren’t in line with what ready-to-wear week should be. We wanted to champion the values of creativity to reaffirm Milan’s role in the world.”

Milan shuns plus size designer Elena Miro, But THAT did NOT stop Them 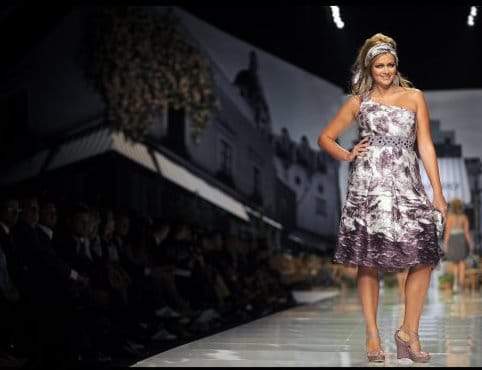 That’s okay; the show went on- to a standing room only crowd. The designer behind Elena Miro, Elena Miroglio, did not stop short of delivering high end designer plus size fashion. On Wednesday, Elena Miro presented her own show. “Harking to the 1950s when the beauty of women, the round shapes and soft bodies were de rigueur,” she told AFP backstage before the show.

The S/S 2011 collection from Elena Miro boasts shades and tones most plus size women shy away from; solid light greys, beiges and whites, exuding a “positive and sunny,” feeling Elena Miroglio commented. 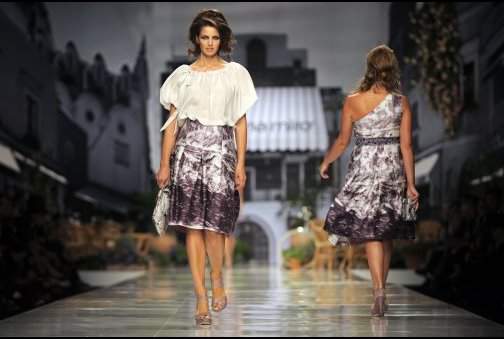 Here are images from her Spring 2011 Collection and you tell me if this collection does not “champion the values of creativity to reaffirm Milan’s role in the world.” 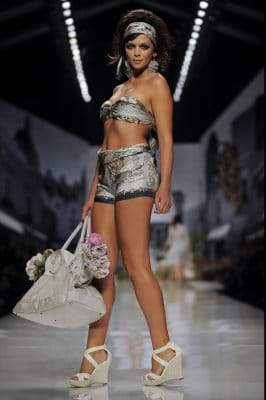 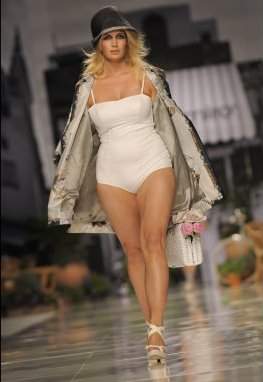 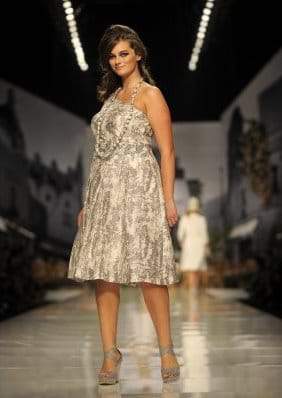 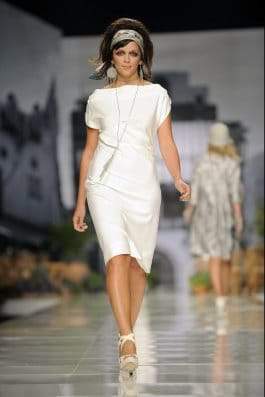 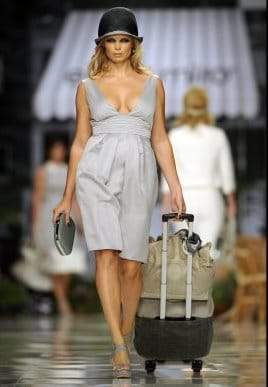 A special thank you to Miss Margaret Sche for the heads up!