YES! Ladies, let’s sit down and talk about a very important topic; men and/or women being attracted to you.  I remember the first time a person, one whom I never thought would be attracted to me, approached me.

I was with a group of my friends and was dressed to the T! I had my high heels on, and my hair and makeup were on point. We were laughing and drinking when this guy approached us.

He said “Hey” to everyone, and made eye contact with me. He asked my name, and if I’d like a drink.  I literally thought he was talking to someone else, so not only did I lean to the side to be sure, but I also looked around to see who else he could’ve been talking to.

My friends laughed, and told me he was talking to me. The next sentence out of my mouth was, “Are you sure?” He said, “I think so, unless you’re crazy.”

Ladies the following questions should NEVER be asked to someone who is interested in you:

Have you ever been with a big girl?

Can you handle me?

Is this a joke?

Fat girls used to be considered easy targets, because obviously our bodies were ugly and it was often assumed that we had low self-esteem and didn’t love ourselves. People are shocked when they see the stereotype of the low-self-esteem-having-fat-girl steadily disappearing.

It’s time that all of us let those old insecurities go and get with the program! You can be considered fat and attractive to someone. It’s not some farfetched idea. 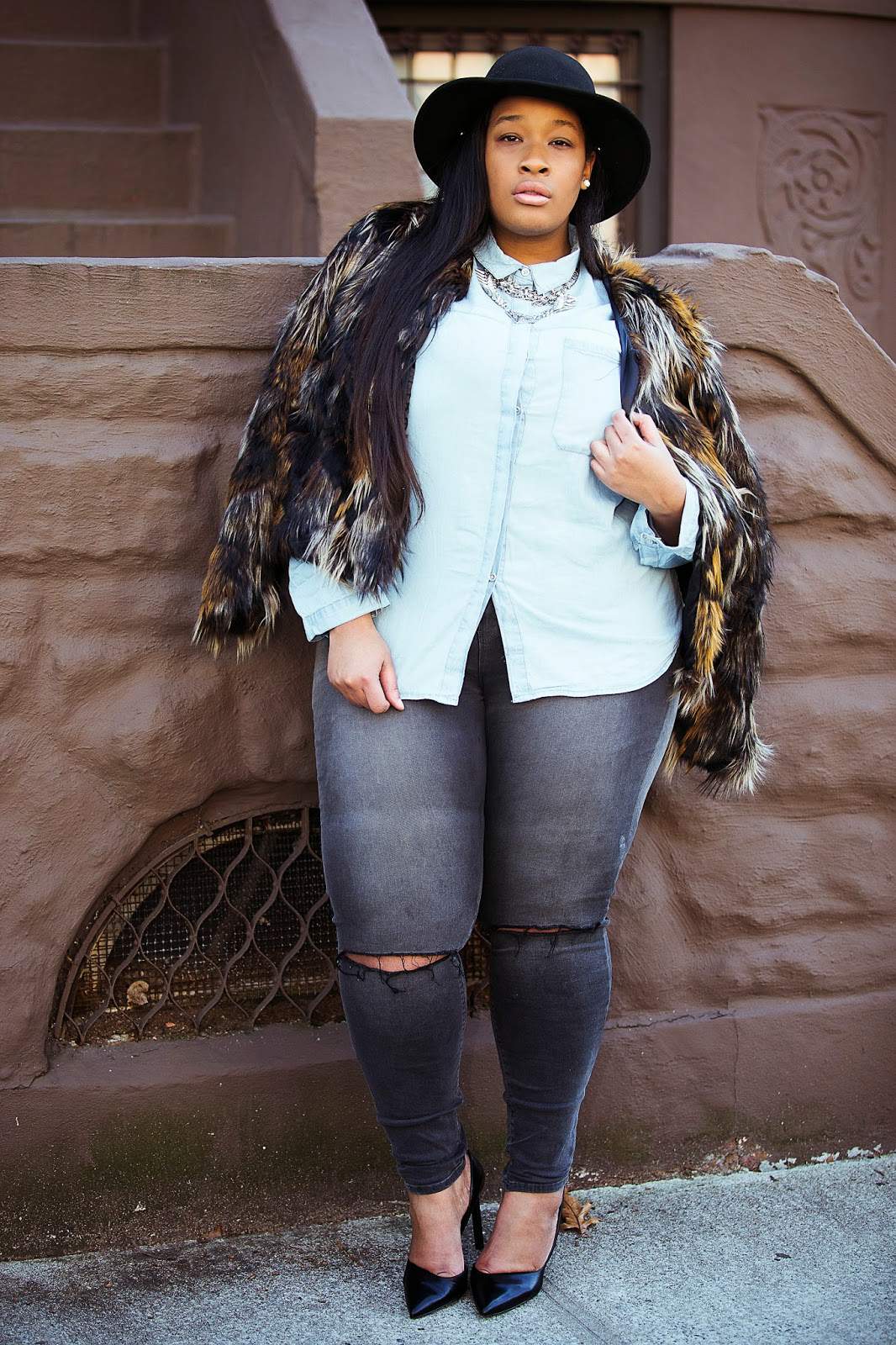 I remember having a conversation with one of my friends (let’s call her Pam) about her dating a plus-sized woman. She said she did it once, but never again.

When I asked if it have to do with the woman’s body, she said, no. It had more to do with her insecurities, and “fake confidence.”

They met at a party, and the woman (let’s call her Gina) was literally the life of the party.  Gina looked good, smelled great, and had the attitude of a size 4 model, which Pam was super attracted to.

They went on a few good dates, but after a while it got weird. Gina kept making fun of Pam’s previous skinny girlfriends. She kept asking Pam things like, “Are you sure you like me? Can you handle me? You know I’m fat right?”

At first, Pam didn’t mind, but after a while it became exhausting having to prove to Gina that she wanted to be there, and that she didn’t care about what everyone else thought about her larger frame. 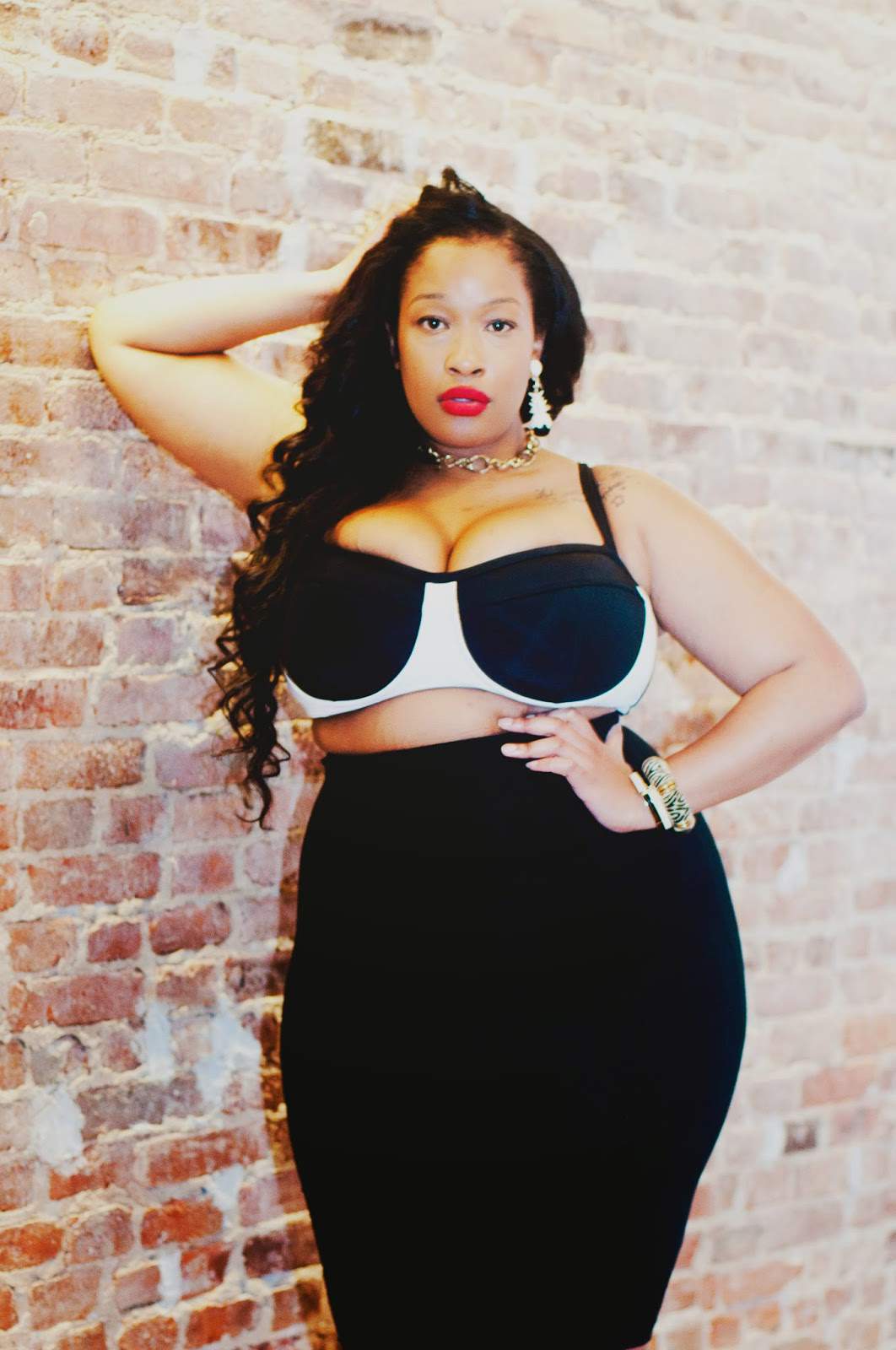 You see where I am going with this?

What makes us attract such amazingly beautiful people, only to turn them down? Is it because we feel it’s some kind of a high school joke?  BUT, that is not the joke.

Maybe the joke is on those of us who have convinced ourselves and the world that we are NOT deserving of all these things we pine for.

Things like being treated with respect and having a level playing field with our smaller counter parts in all facets of life, from fashion to dating. Maybe we really don’t think we are worthy of these things.

BUT, you ARE WORTHY of these things!

Who we are attracted to throughout our lives change too. When I was a child I crushed on cartoon characters.

In my teen years I loved boy bands and Jonathan Taylor Thomas (judge me).  Now at the awesome age of 28 (LOL) my taste in people is completely different.

So why would we find it hard to believe that someone who normally dates someone smaller, taller, bigger (or whatever you want to insert there), wouldn’t evolve too?  Accept that they’ve found something they’re attracted to, in YOU!

About Essie: Born in New Jersey and raised in Orlando, Essie Golden moved to New York City to pursue her dreams of fashion. In the midst of her career, Essie Golden has become a model, a body-positive advocate, and a trusted and respected voice within the plus size community. Learn more about and read more posts at GoldenKaleidoscope.com