Despite an influx of diverse nominations, the Emmys—like every major awards show—remained lily white with wins. Still a bright spot was seeing the gorgeous, fierce looks from plus-size people gracing the red carpet into the disappointing awards show. Here’s some looks to grace your heart and put a smile on your face. If we divest from these awards shows, have no fear! We will still have fierce, plus-sized actors/actresses. The only difference is they will get the recognition they deserve!

Ashley Nicole Black brings to mind faeries in her colorful, flowy gown from Natalie Mills! She was all smiles on the red carpet and it’s no surprise! I mean look at her, taking our breath away with her beauty and comedic timing in A Black Lady Sketch Show and The Amber Ruffin Show! Definitely binge the first two seasons of the former.

Kenan Thompson is smooth in this pink tux complete with bowtie! This is the shade of pink I need in my life and on my clothes, nails, hair, everything! Kenan has been in the game for decades now and shows no signs of stopping. Check out his show Kenan for comedy gold!

In case you didn’t know Beanie Feldstein is related to Jonah Hill! This dress is giving pleated, disco throwback with a dash of future! Not only is she playing Monica Lewinsky on FX’s series, American Crime Story, but she’s also in the A24 film The Humans with Steven Yeun!

Shrill‘s Aidy Bryant is giving earth tone goodness! Aidy, like Kenan Thompson had double nominations this year. Unfortunately, no wins but I’m certain another awards show that celebrates diversity, instead of restricting value based on arbitrary prerequisites like appearance will give her and others the honors they deserve!

Jennifer Coolidge, who many remember for her husky voice and hilarious performance in the Legally Blonde films stuns in a simple, gorgeous black dress and cape courtesy of Christian Siriano! If you’re interested in her latest, check her out on the HBO series White Lotus on Hulu!

Mindy Kaling also went with a black gown, but strapless with a big bow on the side that’s fitted before flowing out around the knees. I adore dresses like these and it’s a shame I don’t have enough of them in my closet…yet!

This is hands down, my favorite look of the night! Omg! Nicole Byer snatched! The dress is regal, puffy, elegance from Christian Siriano and now I need a dress that emulates this one. This is majestic, goddess style here and Nicole knows it! With that updo it is just perfection! Nicole Byer has got all the style! Just check out her outfits on Nailed It! 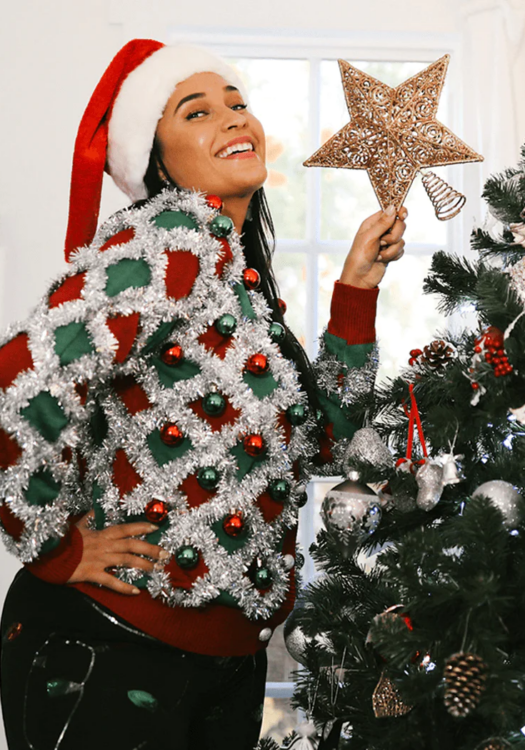