On a rainy day in Los Angeles, photographer Itaysha Jordan is tasked with shooting the mother of one of the world’s biggest celebrities and battling unexpected weather conditions. She recounts the day over the phone to me and with the level of detail, I feel like I am right there with her.

“Because of the equipment, I wasn’t able to get that close,” Jordan tells me. “I was shooting it through an open terrace door. We asked her to get in the water and she got in the water. You just have to let go because it’s out of your control. It’s important in those moments that you don’t tune out. It’s important to consciously stay focused on what you’re doing.” 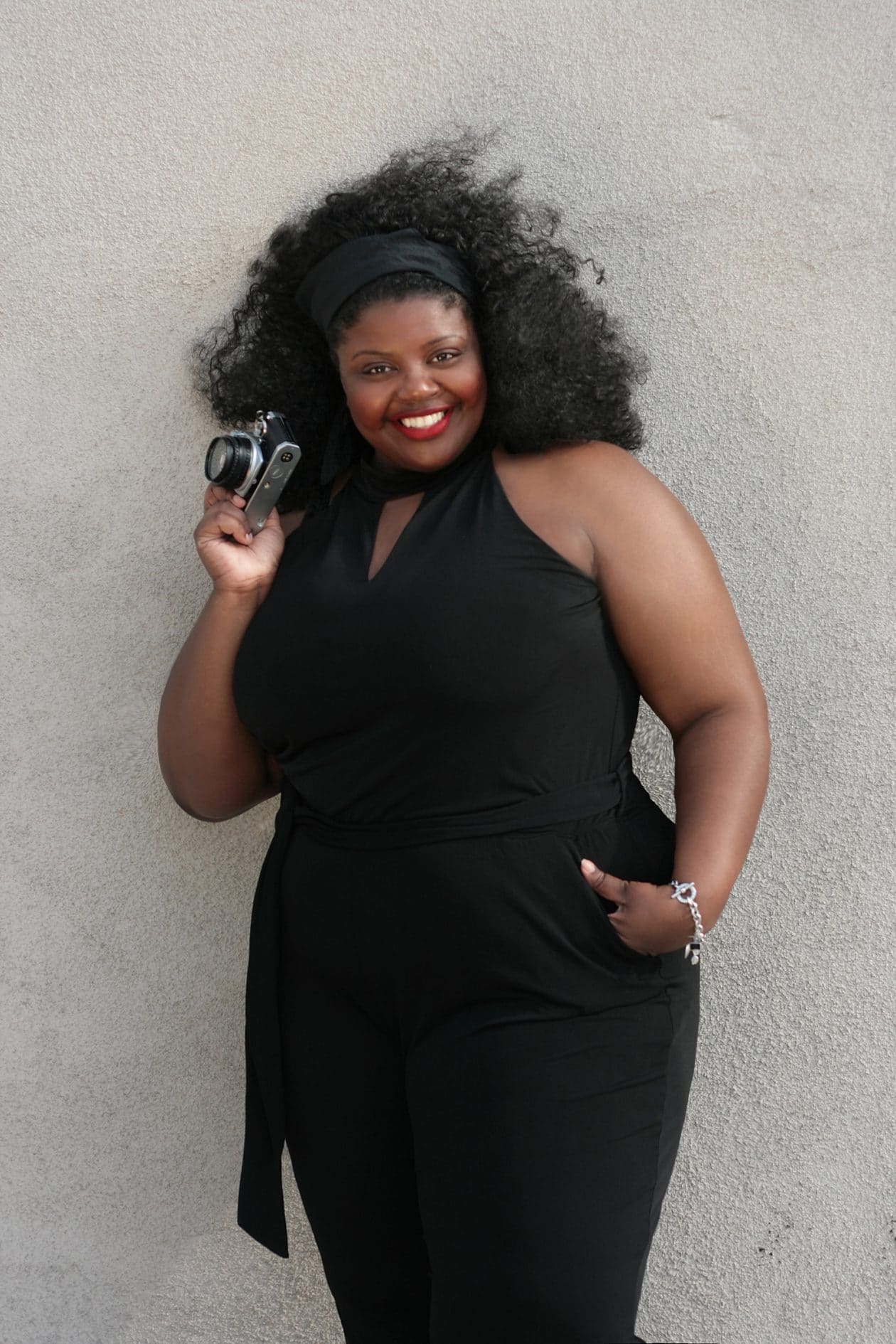 The celebrity mom Jordan was shooting? It was none other than Ms. Tina Knowles Lawson for the July 2015 cover shoot for Ebony Magazine. 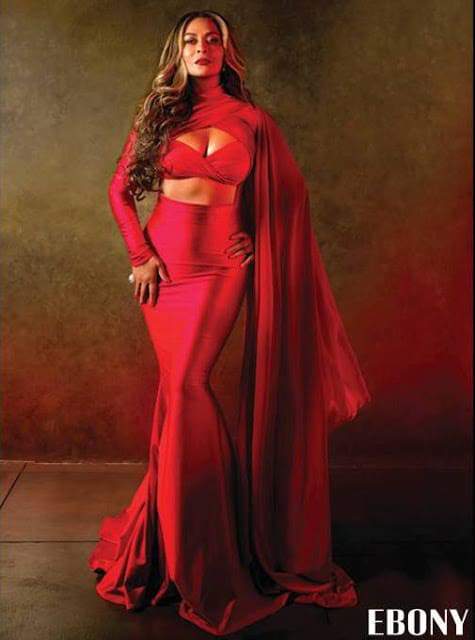 The images of Ms. Tina in a gold crown and wearing all red in the water showed a side of the celebrity that we don’t usually see and Jordan said that was intentional. She likes to shoot her subjects in an unexpected way and go against how you might traditionally see them which for Ms. Tina was sexy at 60+.

“One of the things I really love shooting is older, more mature women because I admire the gut and wit of an older woman,” says Jordan. “They are just more confident. As you get older, you just care less. [Ms. Tina] was kind of in a sense like ‘why do people want to take pictures of me?’ She was very normal and down to earth.”

And for a person whose client list includes a list of celebrities including Solange Knowles and Taraji P. Henson, Jordan is quite down to earth and humble herself. Our interview is more like a conversation and we keep coming back to the topic of defining success. Jordan started photography at the age of 15, she studied it in college and she’s been working commercially in New York for 11 years.

But she doesn’t consider herself to have made it; not yet. 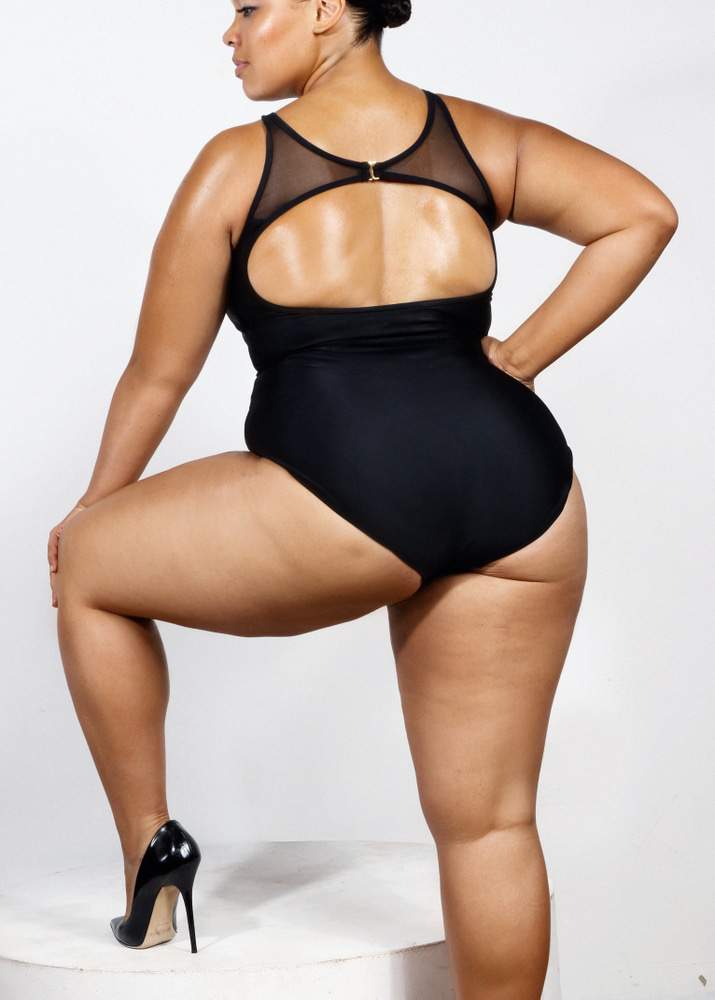 “I still consider myself trying to make it, whatever “make it” means,” says Jordan. “I’m trying to define, ‘what is the definition of success?’ right now. I appreciate personal projects now more. Professionally, I’ve been doing this for 11 years. I feel as though there was a point where I was kind of burnt out and I was doing only jobs. And I realized I need to always be creating so I’m trying to do even more personal projects.”

One of those personal projects in the works is a coffee table book of original images. It’s still in the brainstorming phase but it’s something I know I personally cannot wait to see from an artist as talented as Jordan. As I continue to talk with her I notice a trend and I have to ask her if she’s a perfectionist to which she replies quickly, “yes, much to my detriment sometimes.”

She tells me that she’s been editing the same two images since 6 a.m. that morning and its past noon when her and I begin our interview.

“I try to approach everything that I do, from a smaller job to a larger job, the same,” says Jordan. “It’s very important for my image to reflect me as a person. A lot of times when you take on job that isn’t your personal project, there are other people who get involved and it almost feels as if it’s not your image anymore so I control as much as possible. It’s like you’re hiring me for my look so let me help you achieve that look.”

Jordan’s look as a photographer is very distinct. The more I started to look through her extensive portfolio, I realized just how many of her images I already adored without realizing she was the photographer responsible for them at the time.

I asked Jordan to describe that look in her own words and she says “there’s an aspect of queendom” in her work which feels so absolutely fitting and self-aware for the strength and beauty I see in so many of her images.

“I’m very technical and involved,” says Jordan. “Skin, lighting, form: I like everything to be balanced. It’s just an innate natural thing that comes across.”

Jordan also brought up that her style has been described as looking very European which is an aesthetic she says she does both subconsciously and naturally. 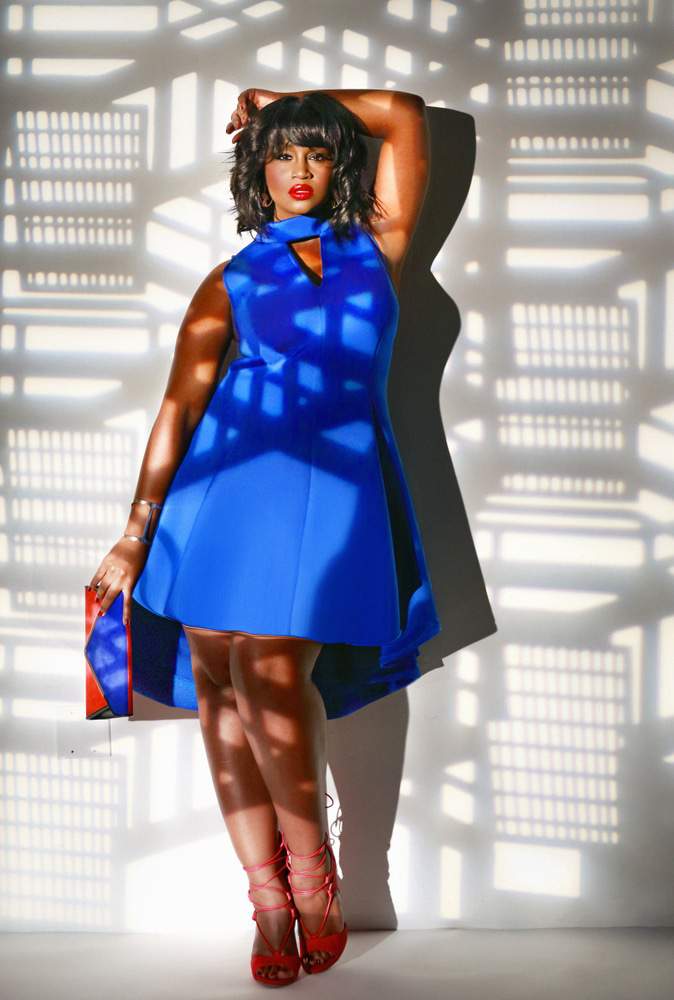 “I went through that whole period of people not expecting that kind of work to come from me; like I as an artist didn’t look like the work that I do,” says Jordan. “I deal with people saying, ‘you shot that?’ It’s kind of rude. In the back of my mind, I’m thinking, ‘what am I supposed to look like and what were you expecting?’ Being a black female photographer that works commercially is not the norm. Just being this big, robust woman who does these high fashion images. You’re supposed to be old and French and wrinkled.”

“People are looking for niche but my niche is definitely people,” says Jordan. “I can shoot the most hood rapper and the next day I can be shooting something very high fashion. I have a very wide range comfortably and I don’t feel like I’m pushing myself. It’s a gift that I’m able to relate to my subjects in all areas.”

As a plus size woman, it’s no surprise to me that Jordan is the photographer responsible for Monif C’s iconic 2015 Guyana Swim Collection swimwear campaign featuring size 18+ model Olivia Campbell and a lot of other amazing work for Monif C. She also shot Ebony’s July 2015 curvy swimwear editorial that Bossip.com described as “probably the best plus size swimsuit spread EVER.”

Jordan did the casting for that shoot alongside the editors and found three plus size models Tabria Majors, Chastity Saunders and Chanel Cherie to feature in the Venice Beach-based shoot. She shot that editorial the day after shooting the cover of Ms. Tina Knowles Lawson. If that’s not a boss, I don’t know what is.

But a boss is probably the last thing Jordan would describe herself as. She’s still very much working on defining success for herself. It’s part of the reason when I ask what her favorite shoot was, she doesn’t have an answer. And in fact, she says she doesn’t know if she’ll ever have a favorite shoot.

“It takes me a long time to process my own work,” she says. “Sometimes it will be years and I will be like, ‘that image is really beautiful.’ I have to let the image come into its own. I don’t even know if it’s a perfectionist thing, I just want to be good. I want to be better.”

You can learn more about Itaysha by visiting her website at itayshajordan.com and following her on Instagram at @itayshaphoto!

And that level of humility definitely embodies its own level of queendom. So I bow down to you, Itaysha Jordan for all you do to represent plus size women in the fashion industry and because you won’t say it, I will.