As plus size bodies fight for visibility, it seems as if there’s one particular body type that is easy for the mainstream to digest: the hourglass. You’ve likely heard “body like a coke bottle” in a song or read a fashion magazine’s advice on how to dress your curvy body as the only acknowledgement of plus size bodies. Plus size models in advertisements have completely flat stomachs and can often only look plus size by the hourglass curvature of their bodies. Companies have been known to use padding on the models to further accentuate this shape. With this messaging, it can be easy to forget that other bodies exist and need to be celebrated.

The hourglass figure is defined by both hips and bust measurements that are significantly larger than the waist. In a piece for Madame Noire, Charing Ball notes that only eight percent of women of any size actually have an hourglass body by definition. She also writes, “While seeing bigger women is an improvement and empowering in itself, if all we are really seeing is bigger versions of the same image we’ve been force-fed since we were kids, all we are really doing is trading in one oppression for another.” 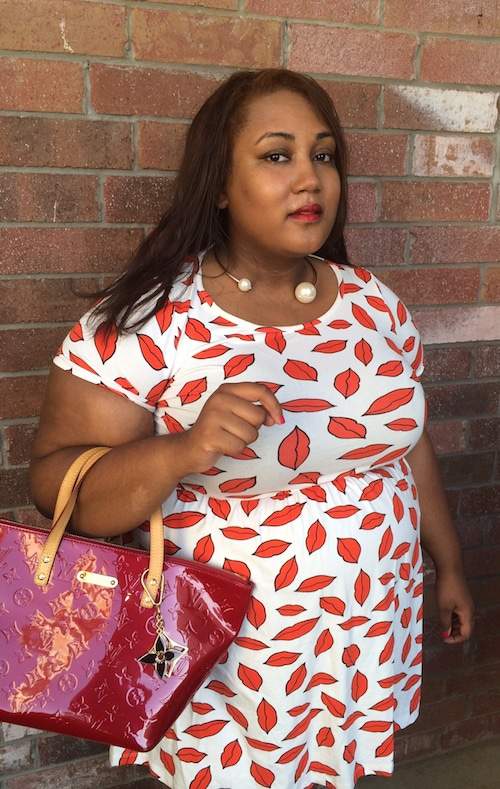 I really got to thinking about this concept after reading some tweets from fat activist Ariel Woodson about the topic. Woodson is one person who I always see pushing for more inclusive representation so I wanted to get her perspective on why we need to see more visibility for bodies who are not hourglass in plus size fashion.

“It’s so important that we as a community make sure that we’re celebrating all fat bodies, not just those deemed as ‘acceptably fat’ by the mainstream,” Woodson tells me. “It’s important to remember that not only body size and skin color garner privilege and attention, but shape can as well. There’s a severe underrepresentation of bodies that can’t be easily categorized as ‘curvy in the right places.’

It’s dangerous for us to follow the lead of the mainstream and create a hierarchy in which hourglass and pear shaped bodies are preferred over others.”

While some may argue that seeing any plus size bodies in the mainstream is progress we should celebrate, Woodson presents an alternative take.

“Even though we’re working towards rejecting the idea that a thin body is the only valuable one, it is important to remember that dismantling one ideal (thinness) will be in vain if we create a new set of standards that value some bodies over others.” 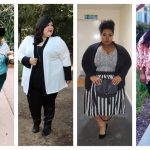 Woodson says she lovingly defines her own body shape as  refrigerator or “box bodied” and she would like to see more bodies like hers being celebrated in the same way as her curvy counterparts. And in a way that responsibility falls on the plus size community to challenge the mainstream’s control of the narrative of what being plus size means.

“We’re being noticed and getting more mainstream media representation, but we can’t allow their ideas to shape our conversation,” says Woodson. “And we have to all work on our own internalized standards about what shapes are desirable.”

There are plus size bloggers who are not hourglass or pear-shaped that are helping to show the wider lens of plus size bodies. I polled folks on my personal social media as well as asked Woodson to pick some of her favorites and came up with a list of 15 non-hourglass bloggers you should know. It’s important to note that I do not know these bloggers measurements so I went on either self-identification as another body type written on their blog or I selected them based on someone else’s nomination. I’m not interested in defining someone’s body type so much as showing that other body types exist in plus size fashion.

This list is not exhaustive but I hope that it’s  a start to a conversation! 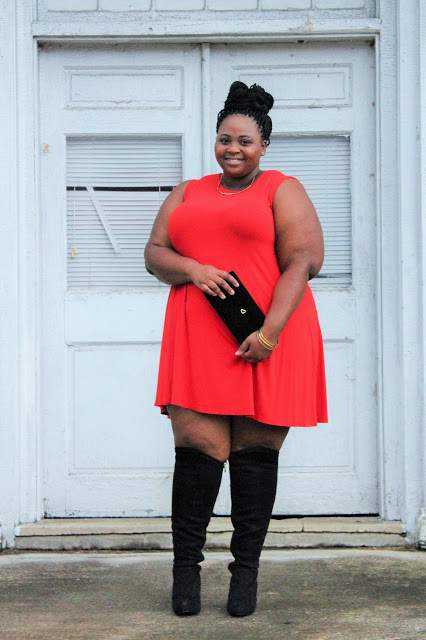 Simply Curvy was nominated by Fat Girl Flow and I have to say that I was missing out myself by not following her already. After looking through her blog and lusting after her looks, I saw that she defines herself as apple-shaped. You can catch her styling everything from casual boyfriend jeans to a shimmery party dresses. 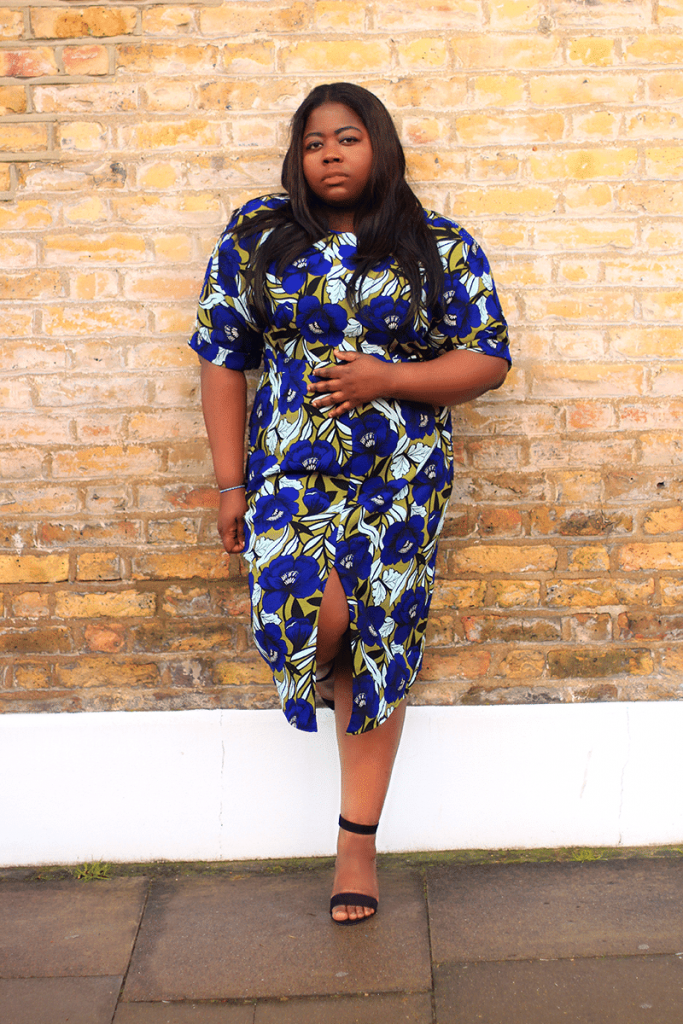 Nerd About Town is part beauty, part fashion and part lifestyle and all those parts combine for what was a blog that was nominated by multiple people for this list. Stephanie defines her body shape as “boxy” and she isn’t afraid to try out different silhouettes and bold patterns.

3. Dressing Outside The Box 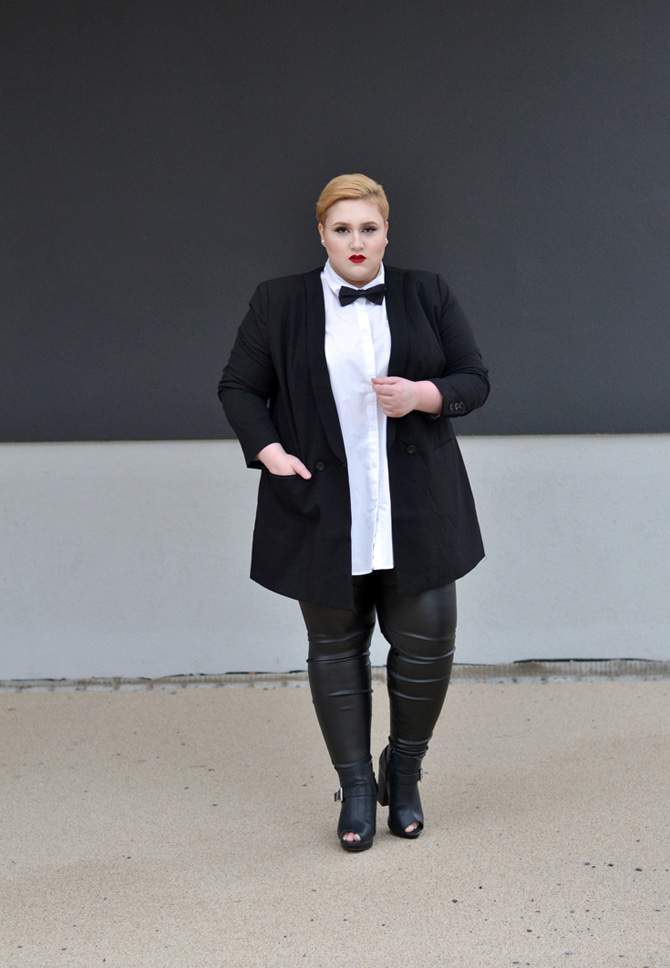 Dressing Outside The Box is the personal style blog of German fashion designer, Isabell Decker. By definition the blog is designed to show that you can wear whatever you want at any size or shape. Decker writes, “Bootcut Jeans, printed tunics and body slimming clothing are not, and will never be, part of my wardrobe.” 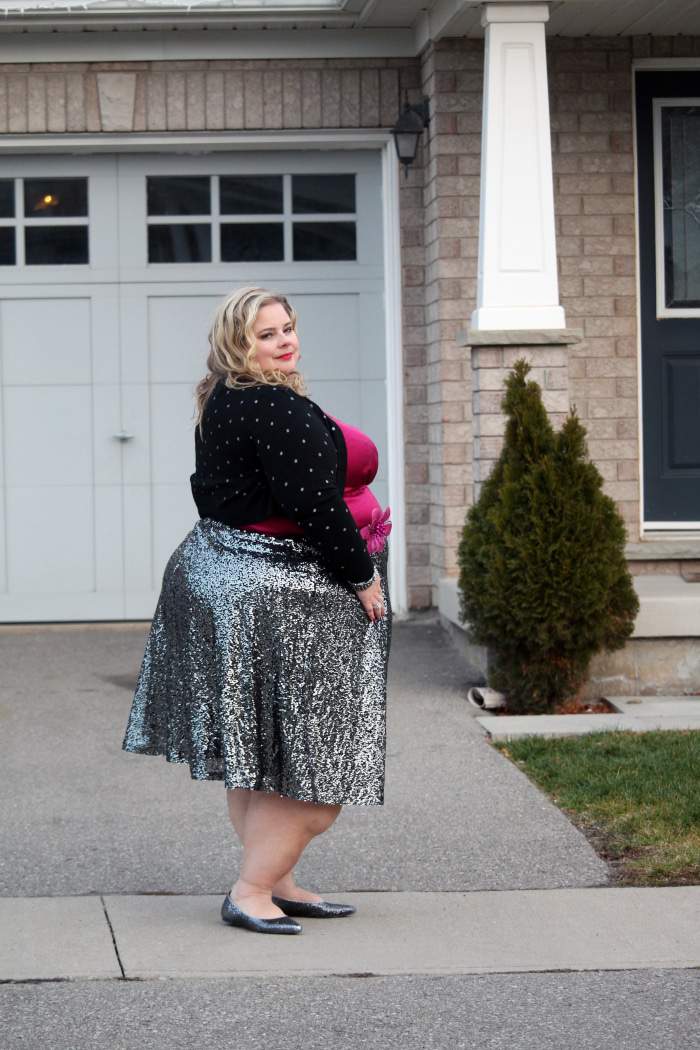 Lisa of Mustangsallytwo is someone who I discovered through social media. She’s a CPA by trade and in 2015, she started her personal style blog documenting her looks as a size 28. She’s known to accessorize and always have a level of sophistication that I love. 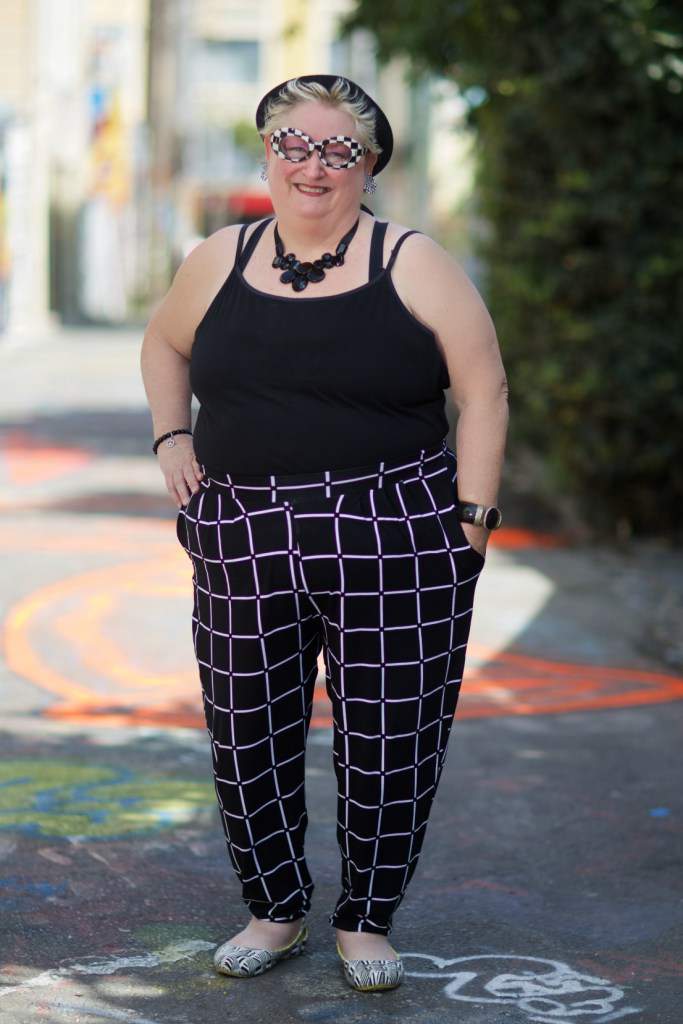 Affatshionista is a personal style blog that shows that style does not have an age or size limit and I absolutely love the message. With a focus on fashion sizes 4X and up, you can count on this blog for some serious statement fashion inspo. 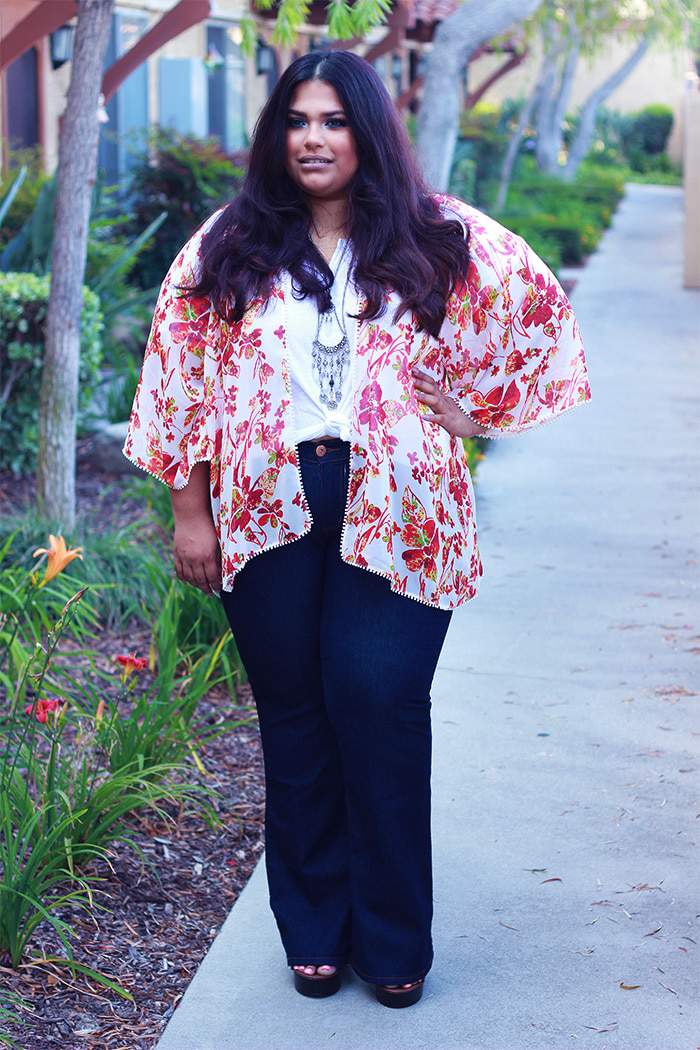 I had been following Runa Azam for makeup inspiration without realizing that her outfit posts were also pretty great. Her style is part boho, part 70s vibes and 100 percent making me want to wear flare jeans for the first time in years. 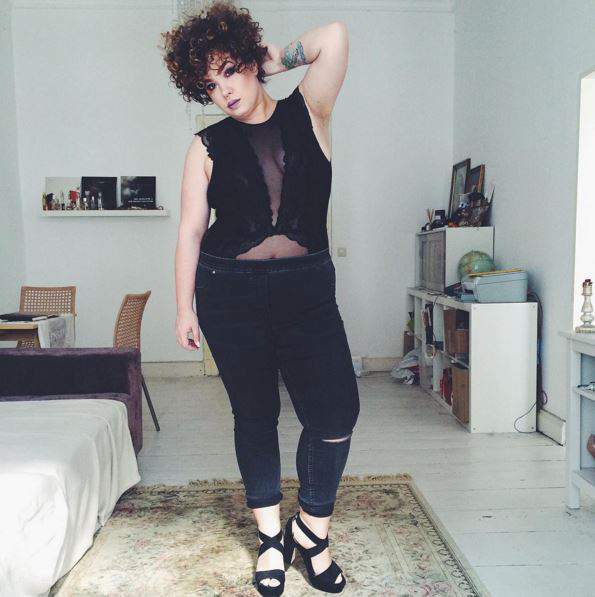 German-based Asta of RolyPolyWardrobe is a fashion and design assistant. Her blog and corresponding Instagram account features her rocking everything from lace lingerie and blue lipstick to silver leggings and denim rompers. She was one of eight women featured in the Silvana Denker’s viral #BodyLove campaign. 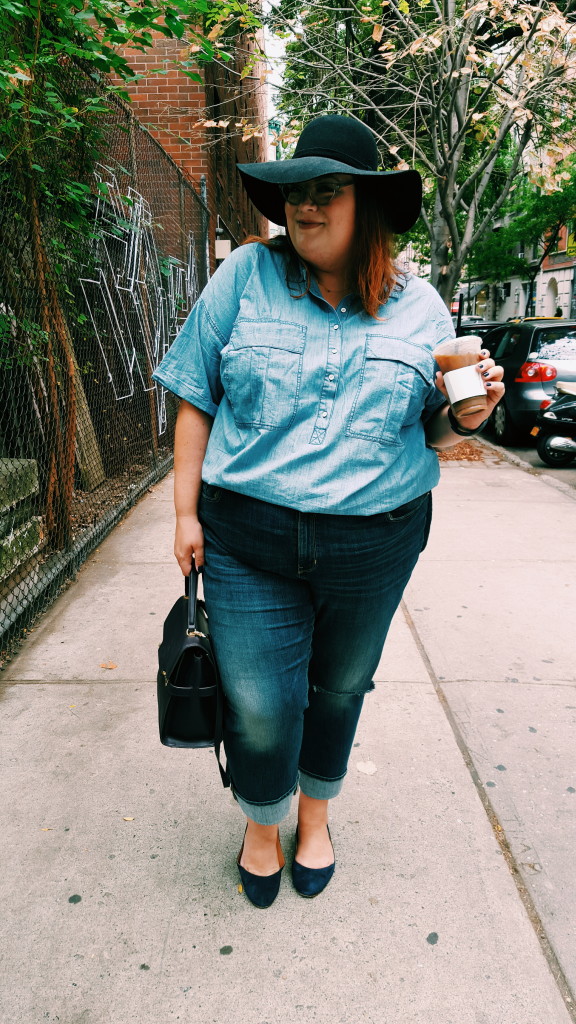 Sarah Conley started the blog Style It in 2006 so she certainly brings a wealth of blogger knowledge and experience that really shines in her blog’s design and content. I love her personal style posts but especially this denim on denim look. 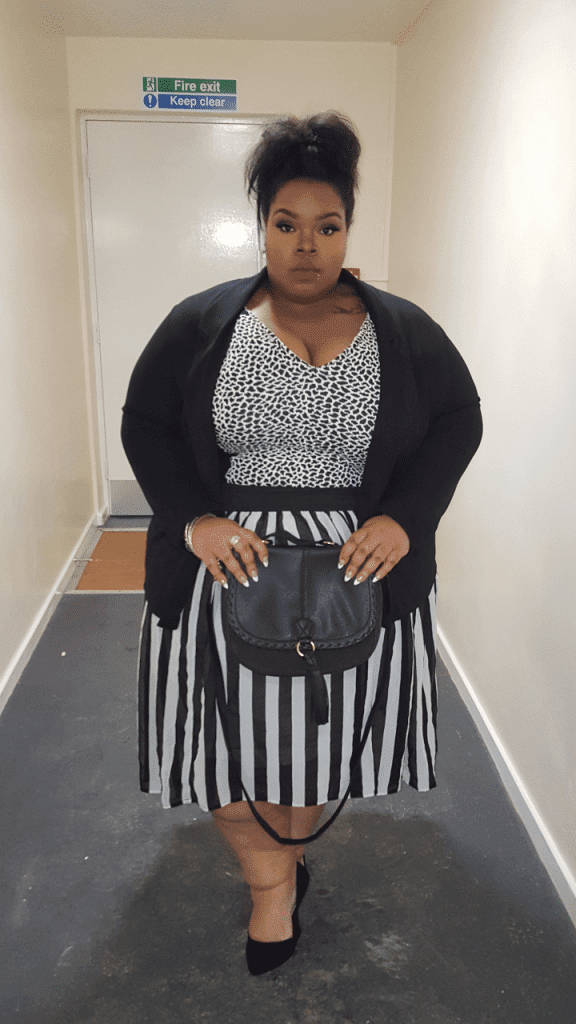 I can’t remember when I first discovered UK blogger and makeup artist U Can’t Wear That but I distinctly remember being in awe of her photos in Volup2 magazine last fall. I look to her for some personal style inspiration since she’s a fellow petite plus blogger. 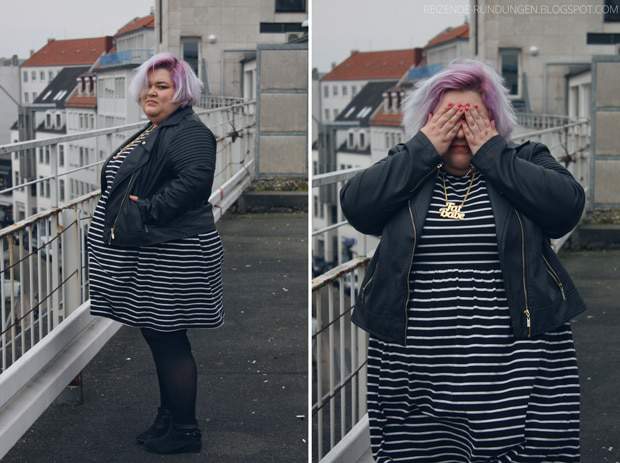 When I interviewed Woodson, she introduced me to Katrin of reizende Rundungen and I was glad she did. This purple haired self-proclaimed fat babe sports tulle skirts, graphic tees and pencil skirts with Converse tennis shoes. 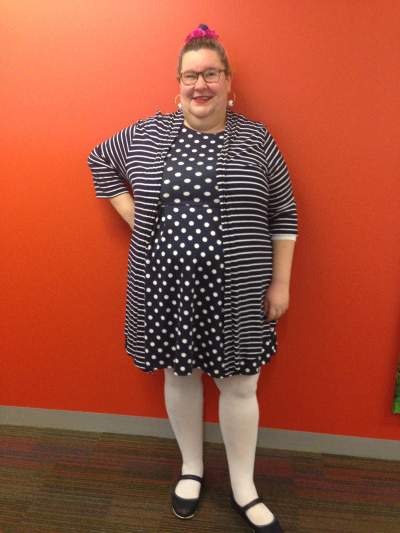 I had followed Fat Heffalump on Facebook for my fill of fat activist and feminism. Woodson pointed out that Kath who runs Fat Heffalump also shares outfits posts and when I discovered that, I saw flawless pattern mixing, bold colors and a fun 40+ take on fashion. 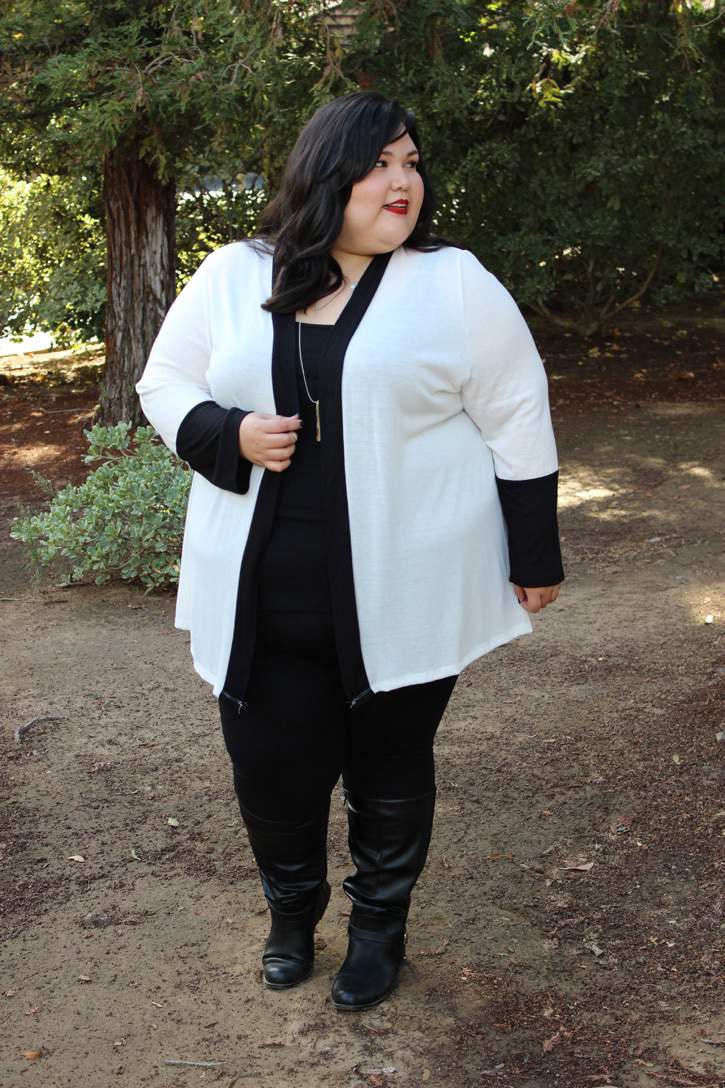 13. Plus Size Never Looked So Good 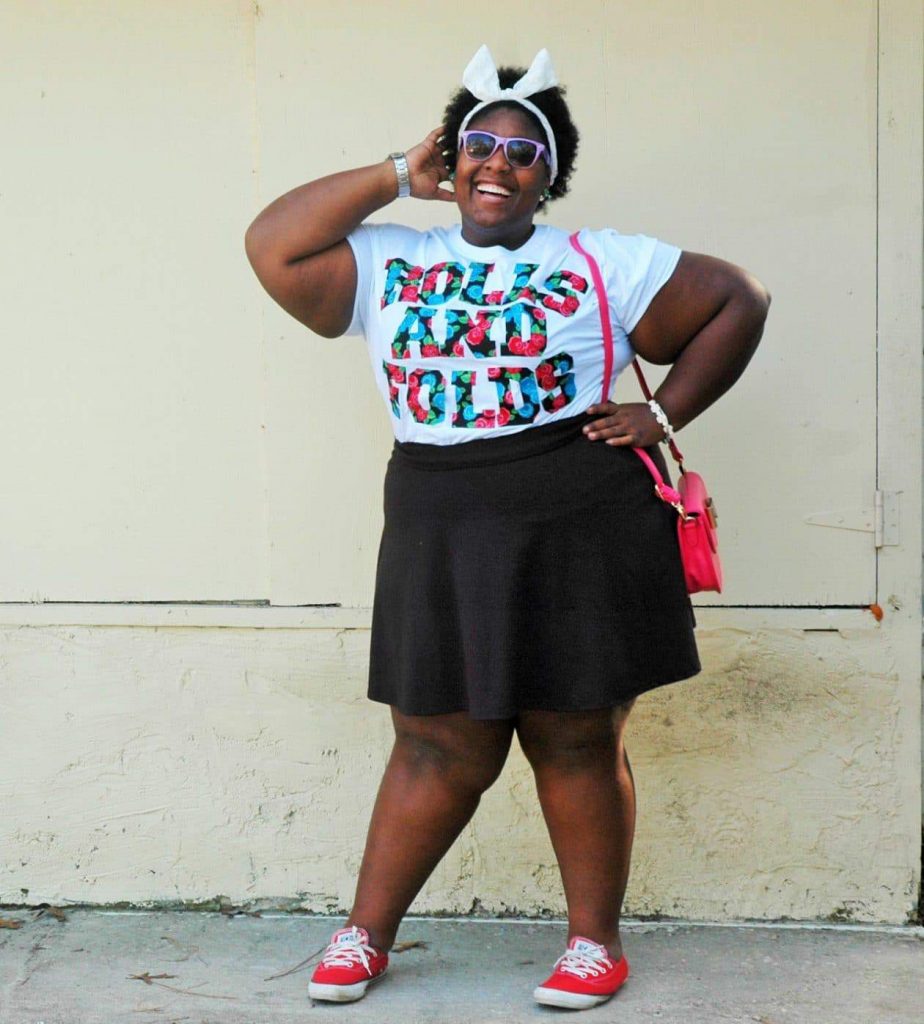 Ali of Plus Size Never Looked So Good is the only Tumblr blogger on this list and her outfit posting on the platform has been super consistent since August 2014. I am a fan of her budget approach to plus size fashion and her smile is absolutely infectious. 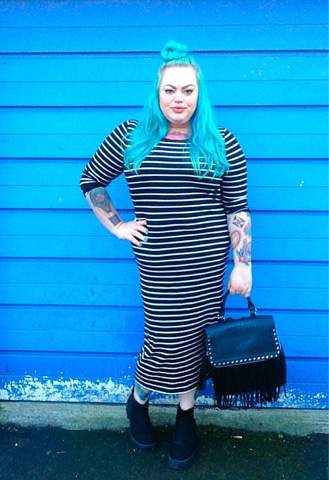 Blogger Sam Roswell of Fatty Boom Tatty was nominated by her fellow UK plus bloggers and I am also a fan of her badass style. Sporting a blue mane that is truly envy-worthy, she brings an alternative edge to plus fashion. 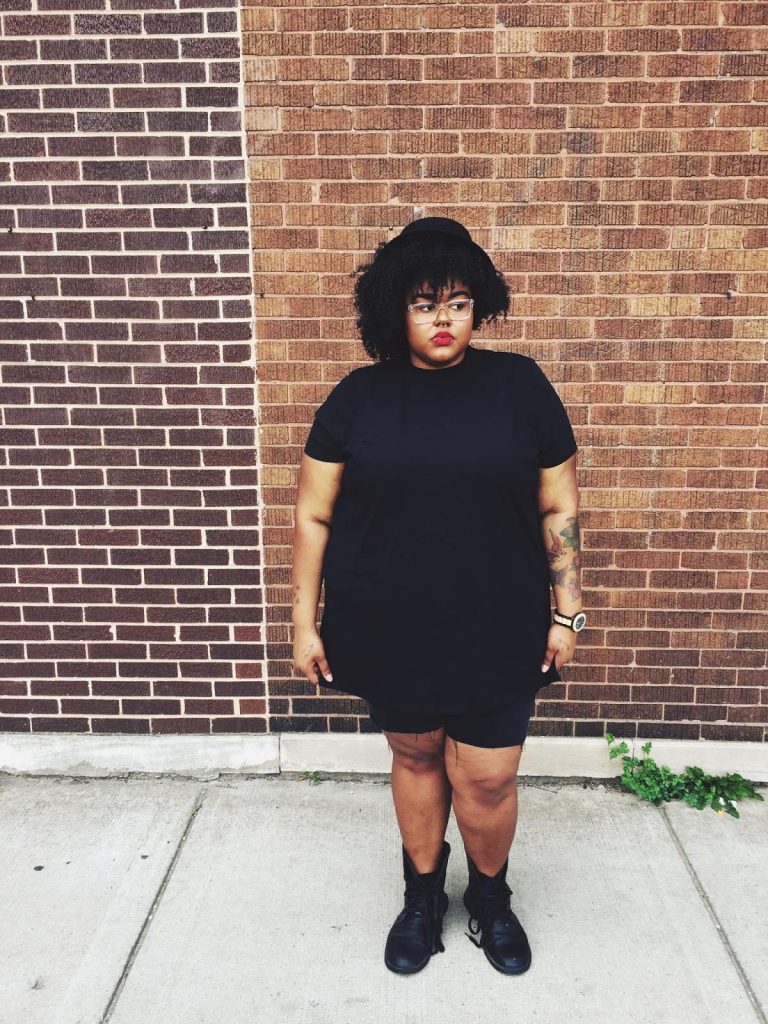 I have a soft spot in my heart for Tiffany of Fat Shopaholic. She was one of the first plus bloggers that I met in person back in 2011 and I had a major fan girl moment. She was the first plus size woman I met who wore bright colors and mixed patterns. These days her style is gender neutral and I have loved seeing her style evolution.

Expanding the lens beyond hourglass shapes is important. Just as plus size fashion representation shouldn’t be one-size-fits-all, it shouldn’t be a one-shape-fits-all, either. Representation is about creating space for everyone to not only see someone who looks like them but to also feel as if they have a place to participate.

Did we miss a favorite of yours? Sound off and let us know what you think!!!