Last week, Elite Curves International did something that hasn’t been done before during LA Fashion Week: held a plus size fashion show! On the official calendar of LA Fashion Week, Haute Curves took LA by its curves and threw an event that brought out all the fashionable curvy fashionistas and celebrated plus size fashion. To say that I was elated was an understatement. I was excited, especially knowing that there were a few designers that I had not seen nor heard about! 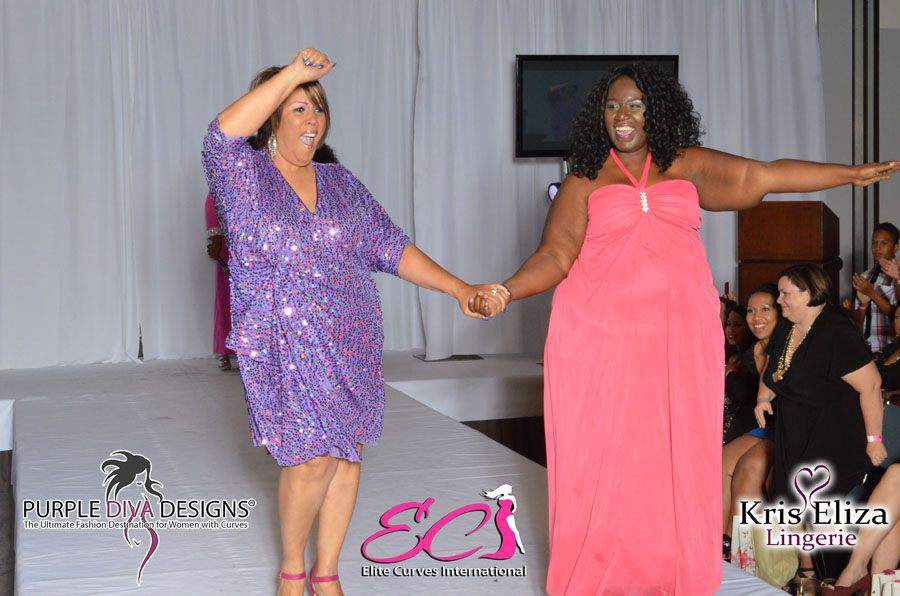 Held at the LA Convention Center, the event was quite nice and there were quite a few familiar faces and new ones I had the pleasure of meeting! 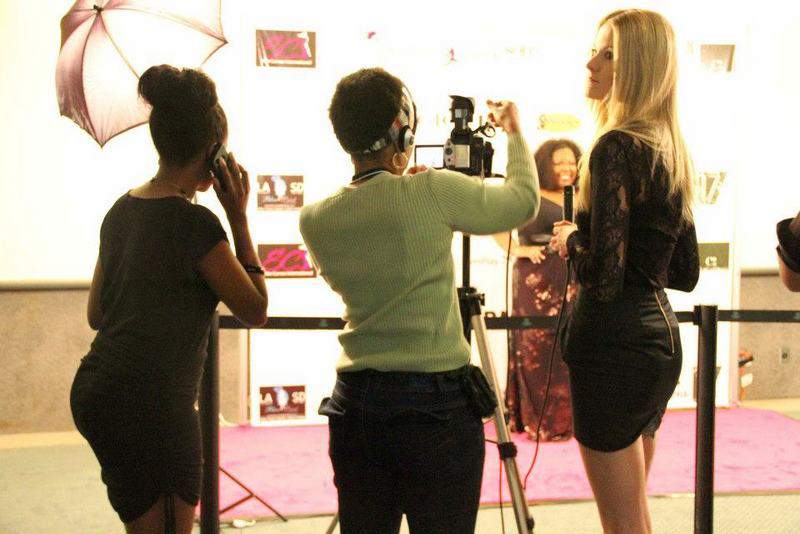 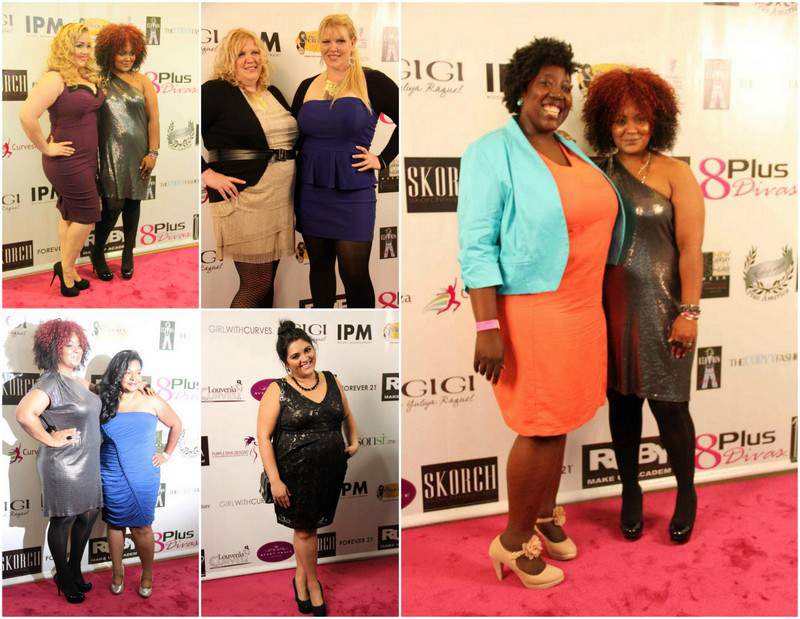 Hosted by the ever so fabulous Chenese Lewis, the event was like a who’s who of west coast plus size fashion! Curvy Girls creators Lisa and Laura Nelson came down along with the show’s star, Rosie Mercado who were looking amazing! Plus Model Magazine’s Creative Director, Tulin and the Fashion Director, Reah were in the house! SKORCH’s Editor in Chief, Tiffany K. was there repping for their magazine!

Model Danielle Line was in the house along with bloggers Tanesha from Girl with Curves, Ivory from Ivory Bragg, Melissa from Chic and Curvy, and quite a few others! Even Cher Rue (who is holding her own event this Nov) was present! Mrs. Plus America, Debbie Shannon was in the house too! I cannot forget my Marcie from Marie Claire’s “Big Girl in a Skinny World” Youtube Site! There were QUITE a few peeps there! It felt like a reunion!

There were quite a few familiar faces on stage too! The face of FFFWeek, Venessa, with Sumer G. (who has a new collection coming out soon!), Nicole Esperanza,  Danielle Z., two of the past year’s winners from Miss Plus Top Model Awards strutted on the runway too!

And then there was the fashion. 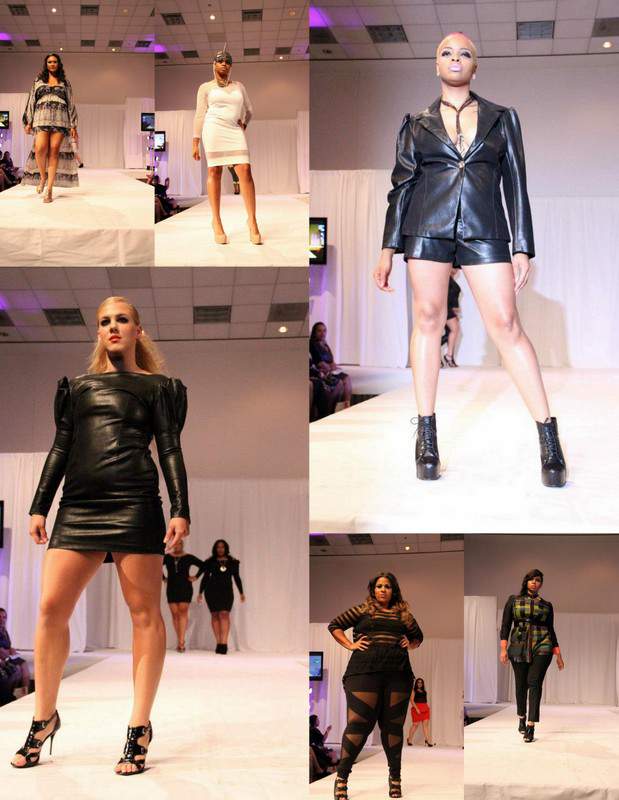 Two lines caught my attention immediately, BUT I will recap those later this week! But I will show you my favorites that graced the runway and you can catch all the Haute Curves images here, here and here on Yolanda’s Page!

Designer’s such as 17 Sundays, Louvenia Curves, Sassi Rebel, Blacklisted Couture, Cult of Cali, Pruple Diva Designs, Kris Eliza Lingerie, all repped the runway! Models were in various shapes, various hues of fabulous too! Loving the diversity the creator had!

Overall, I loved that we had a show during the LA Fashion Week schedule we could celebrate and have fun with! I had a blast with all the ladies, hanging out post event to talk the business of fashion, and the west coast representing! SCORE!

You can learn more about Elite Curves International and Haute Curves here!

What do you think? Did you go to the show? 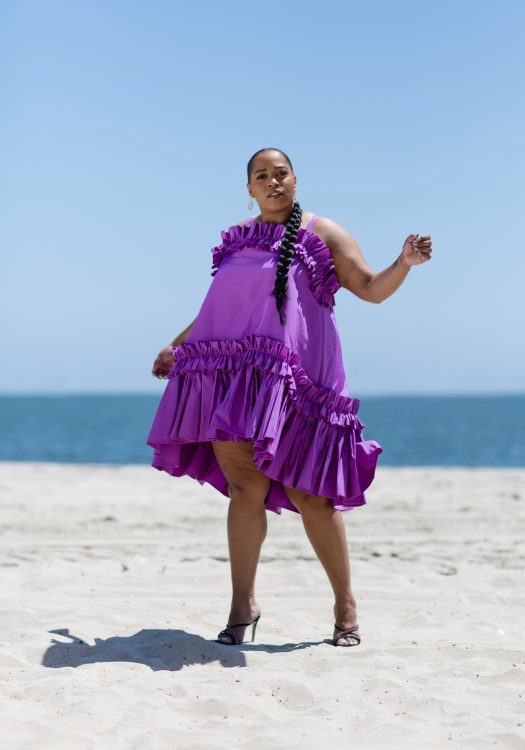