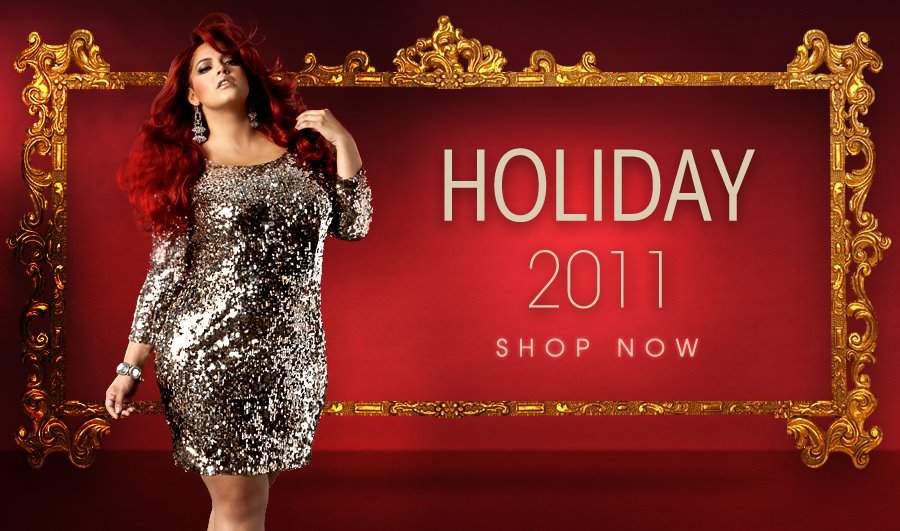 Monif C took to twitter less than an hour ago and dropped the latest of her Monif C Holiday 2011 Collection today featuring Denise Bidot as a foxy red-headed vixen! Monif already caused a stir with her Fall 2011 Collection and she is doing it again with the Holiday collection!

In the spirit of Mary Murphy, Hot Tamale!

Sequins, Cocktail dresses, Holiday party gowns, Lace and sexiness… Monif C rocked it and I am not exaggerating…Take a peek for yourself:

The Charlotte Velvet and Lace

The Miranda Draped Gown in Emerald and Black

Did you catch the Sex and The City Reference? Ha! Loved it! If the characters were plus size women, then yes, this is what I think that they would rock! Which character are you???? Me, i am more of the Samantha type if you go according to the dress! LOL

You can pre sell the Holiday 2011 Collection from Monif C and they ship November 18th! You can’t wait on these as you already know, she does sell out!

More From: Plus Size Designers