If the recent plus size activewear campaigns from brands like Lane Bryant and Nike have taught us anything, there’s still a lot of shaming that people attach to the experience of simply moving one’s body… If you don’t work out, you’re lazy and if you do, there’s always someone challenging what your body can do.

That’s all the more reason why Jessamyn Stanley’s online yoga practice has been such a huge inspiration for people of all sizes.

Stanley has been unapologetic about her body and her right to take up space in a movement that’s normally reserved for those who look a certain way.  Earlier this month, she released her very first book, Every Body Yoga: Let Go of Fear, Get On The Mat,  Love Your Body and embarked on an accompanying nationwide book tour.

I had a chance to speak with her about her journey and if it was possible to be anymore inspired, meeting the person behind the pose made her story all the more impactful.

Stanley first started practicing yoga while in graduate school after a friend suggested she try it. She had tried it once before while in high school and decided it wasn’t for her. She describes it at that time as “dreadful” but when the suggestion came up again during graduate school, something was different this time. 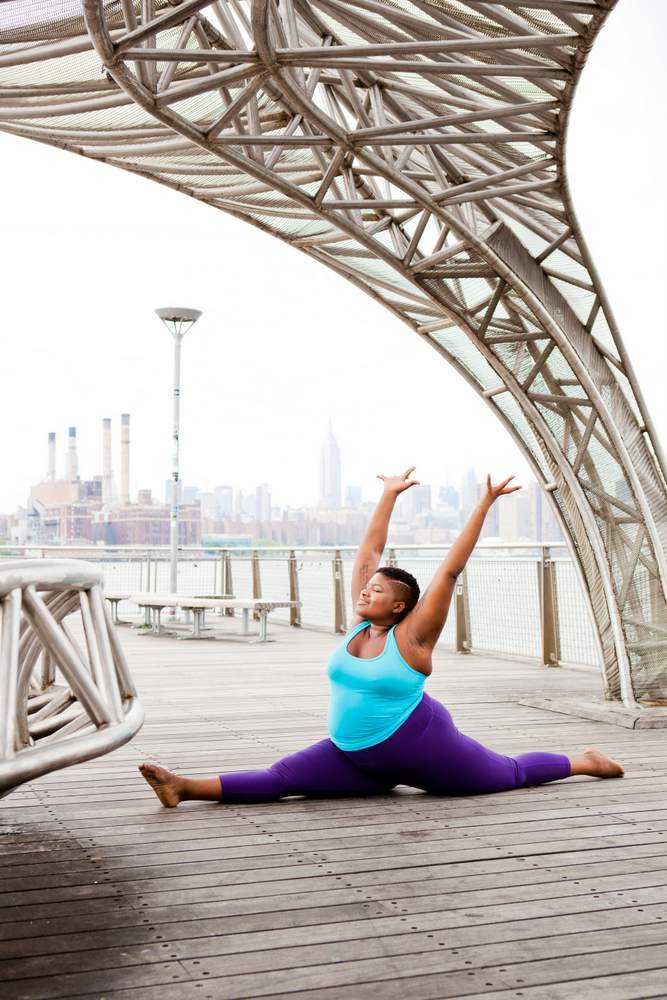 “As a larger bodied black person, I have been taught my whole life that there’s only certain things that you’re capable of doing,” says Stanley. “It was very off-putting in the beginning. A number of years later, I was in a very different place. I came to understand the difficulty of the postures and the practice in general is very therapeutic. I realized that I wasn’t challenging myself in my day-to-day life. I spent so much time telling myself what I could not do instead of telling myself, ‘Yeah, I might fall down flat on my face but what would it take to just try?’ Giving myself that space to just try completely changed my perspective and it made me really fall in love with the practice.”

As Stanley fell in love with the practice of yoga, she also developed the habit of taking pictures of herself in the poses. She says she was practicing at home and looking for the feedback and connection the community. When she started posting these photos on Instagram, which was still a newer platform at the time, she didn’t necessarily find herself getting feedback from the yoga community so much as people commenting “I didn’t realize fat people could do yoga.” 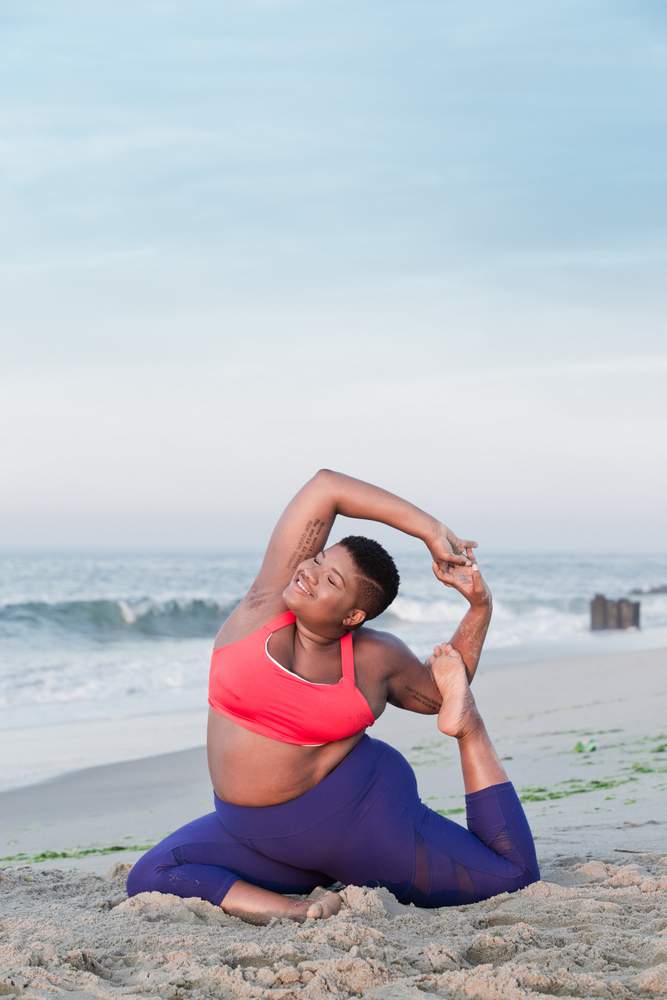 Of course, fat people can do yoga. Just like they can run a marathon and win gold medals at the Olympics. There’s such a deep societal stigma against fat bodies that Stanley’s practice and the images she took to capture it really challenged folks to examine these long-held beliefs about what fat bodies are capable of doing. For Stanley, her practice has always been about more than her body.  To her, it’s not her body at all that has made her amass a growing Instagram following of nearly 300K.

“I think it’s just seeing someone who is not apologetic about the way that they approach the planet and seeing someone who accepts their faults and who is ready to engage and say that they are wrong and someone who is totally living in their truth. I think that is totally what’s inspirational to people,” Stanley tells me. “I think it’s totally coincidental that I am large bodied and black and queer. The truth of it is that everyone, especially because we are living in such an emotionally detached society, when they are looking at those devices wants to feel a connection to something real. In the yoga world, there’s not a lot of real. I think that seeing someone that is the complete opposite of that is appealing to people.”

Although Stanley says she never aspired to anything that is happening now, she did have a goal to publish a book before she turned 30. Every Body Yoga was released this April and Stanley turns 30 in June. This is no coincidence. She didn’t know how it would happen but she knew it would. Through her struggles, she remained persistent. She wasn’t afraid of her goals even though she didn’t always know how they would happen, she knew they would come to fruition. It’s this authentic perseverance that makes Stanley’s journey so relatable. 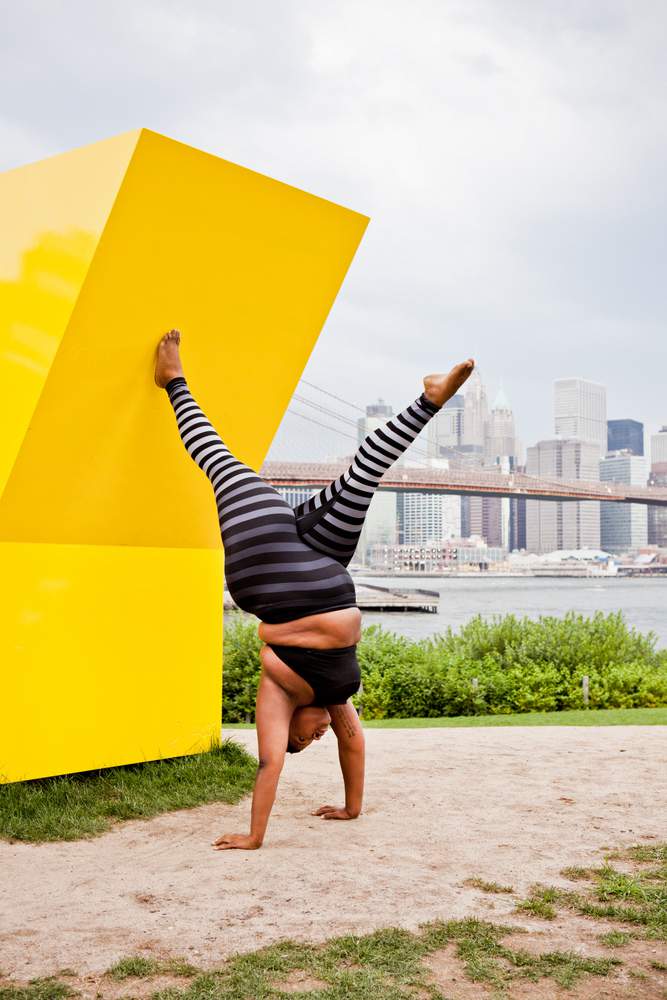 In the book, Stanley describes in detail how she started practicing yoga. She says the goal is that someone could read the book and go out and immediately start doing yoga. She doesn’t shy away from discussing her hardships in the book either; in fact, that’s all part of the journey.

“All of your negative experiences are going to the foundation of your yoga practices and what you are working on within yourself,” says Stanley. “If you can use that as your basis and these poses as your tools, you can make something really incredible within yourself. Even if you have been practicing for years, you can read this story and see yourself. The dark and the light happens for all of us and you need not be afraid of who you are.”

As I listen to Stanley describe this process, I find myself inspired and less intimidated to try yoga again in a way I wasn’t expecting. It sounds a lot like therapy.  You get out of it what you put into it. It’s not about executing the poses perfectly; it’s about so much more. 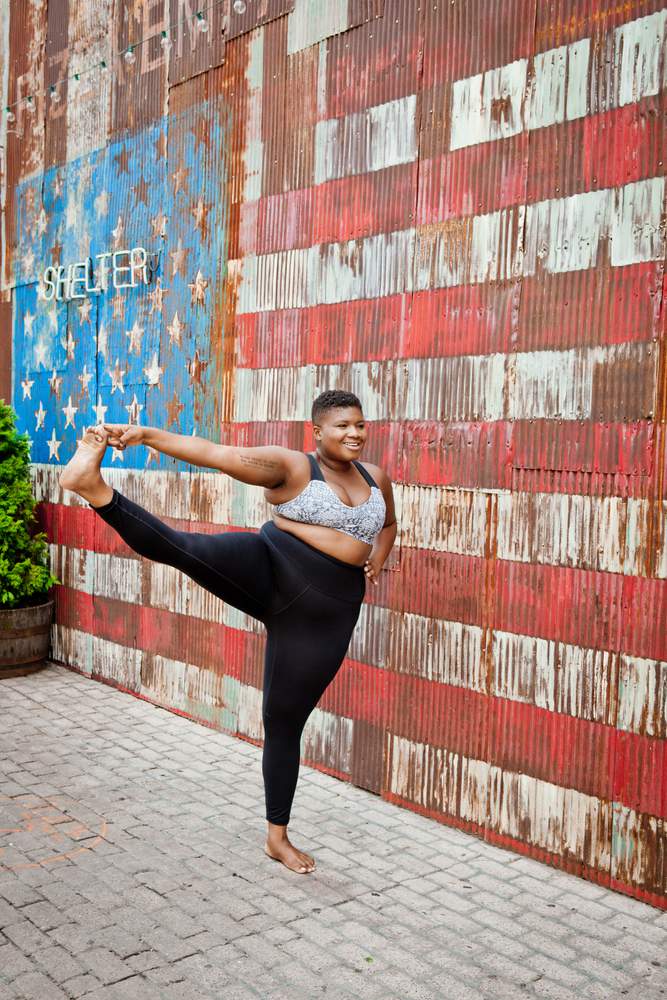 “There’s a misconception that in order to practice yoga, you have to be a positive thinker and really naturally flexible and that’s opposite,” Stanley tells me. “What actually happens is that you start out with your trauma and your damage and the yoga allows you the space to become comfortable with that and become okay with the things that have happened so even if you can’t say, ‘I’m happy about this,’ you can say, ‘I’m not working against this in my day-to-day life.’ That means that every bad thing that happens to you is an opportunity to go deeper into the practice which is a way to dig in more. The things that we are taught to feel ashamed of, those are actually the things that make your practice stronger.” 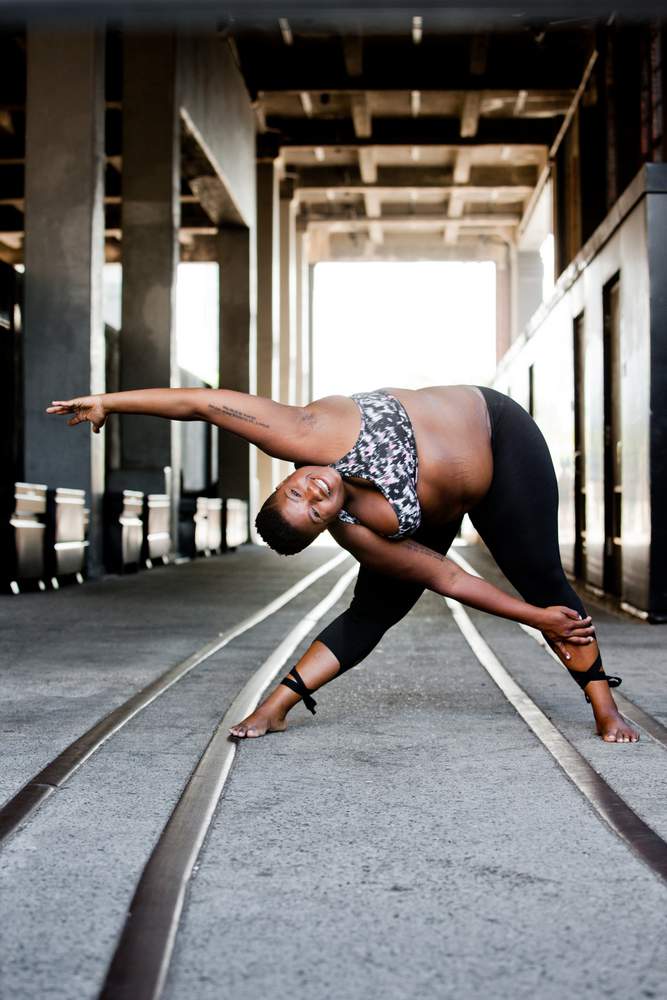 Through both this book and the accompanying book tour of events, Stanley has found another way to bring her authentic truth to folks and allow them not only to connect with her personal journey but to also delve deeper into their own. After speaking with Stanley, I realized that her yoga practice may seem on the surface to be just about seeing a larger bodied person doing poses traditionally seen executed by smaller folks. That may be what draws someone to Stanley initially, but it’s not what forms that connection. It’s that ability to see yoga as a tool for transformation that makes what Stanley is doing so powerful. And she sees that too:

“I hope that people get that this is not necessarily about my experience as it is about them becoming okay with their own experiences. I hope that after reading the book that everyone is like ‘I’m going to start practicing yoga right now.’ Just go out and practice, it will change your life.”

So who else feels ready to give yoga a try?! I know I do. 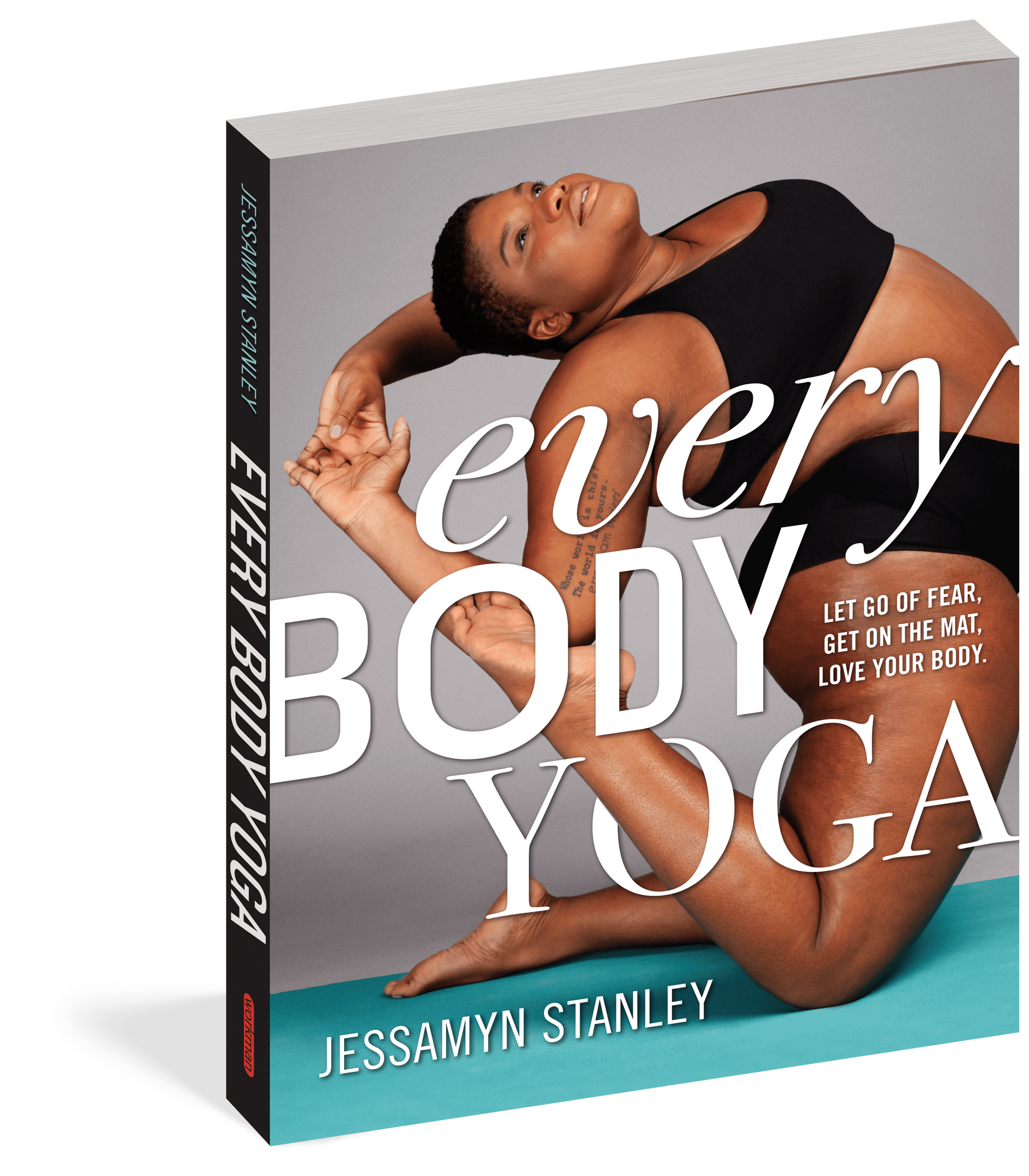 You can buy Jessamyn’s book, “Every Body Yoga” NOW at Amazon.com!

You can find Stanley on her tour here: jessamynstanley.com/booktour/

All photos shot and provided by Christine Hewitt