I read actual books far less often than I would like to admit and when I got the opportunity to review and interview body positive powerhouse Jes Baker about her new book, “Things No One Will Tell Fat Girls,” I got ready to get my read on. And once I started it, I found it hard to put the book down.

I had ah-ha moment after ah-ha moment and I wondered how it was possible that a book could speak to so much of my own individual experiences. As someone who is deeply invested in body positivity, it can be challenging at times even for me to explain all of its nuances. This book tackles difficult concepts and makes them palatable and easy to understand for people at any stage of their self love journey. 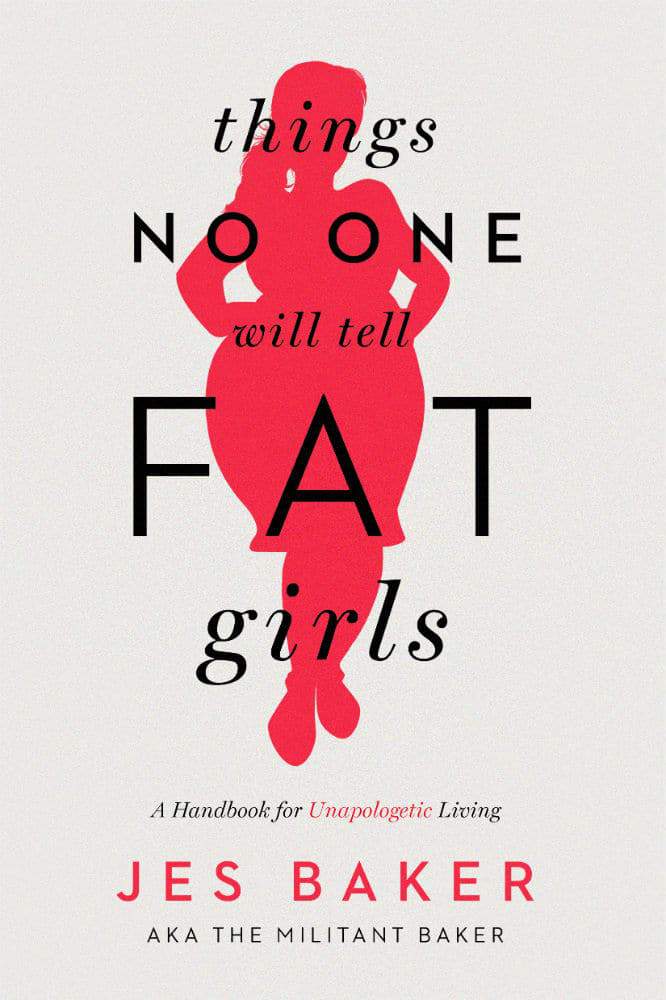 A Few Words WIth Jes Baker and Her New Book

In an exclusive interview with The Curvy Fashionista, Baker tells me the fact that this book is so palatable is no mistake.

“Ever since I started blogging, my goal was to make radical body love accessible for everyone,” says Baker. “To share the message in words that were be understandable and would meet people where they are at. To take the concept of body positivity outside of the super political feminist circles (which are of course wonderful) and offer it to people like: the teenagers at the mall, the women who haven’t had sex with the lights on in years, and my grandma. It’s a fine line to walk; between extreme activism and palatable messaging, but when it happens it’s a wonderful thing.”

And as someone who walks the line far closer to extreme activism, the way this book was written really resonated with me. Baker drops a number of f-bombs which made me feel more at home while reading it. She’s aggressively encouraging of creating an environment that fosters self-love. She discusses mental health. She turns the messages from mainstream media completely on their head and still let’s you know that you and your body are perfect just the way you are. 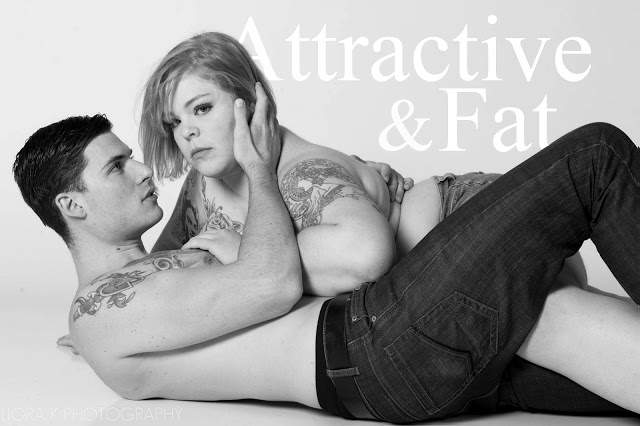 So if you aren’t familiar with Baker, she’s the activist and writer behind the blog, The Militant Baker, and the 2013 campaign “Attractive and Fat” in response to Abercrombie & Fitch’s CEO, Mike Jefferies, comments about marketing to “cool kids.” The campaign went viral and was featured everywhere from CNN to USA Today. The idea for the book itself was born during this time and a speaking agent suggested that Baker write a book. It’s a decision which Baker describes as her “most challenging” and “most clarifying.”

The book begins from Baker’s own self love journey and introduction to body positivity. For someone who is so well-known in the community, I found this raw and honest account of how she got started as really refreshing. 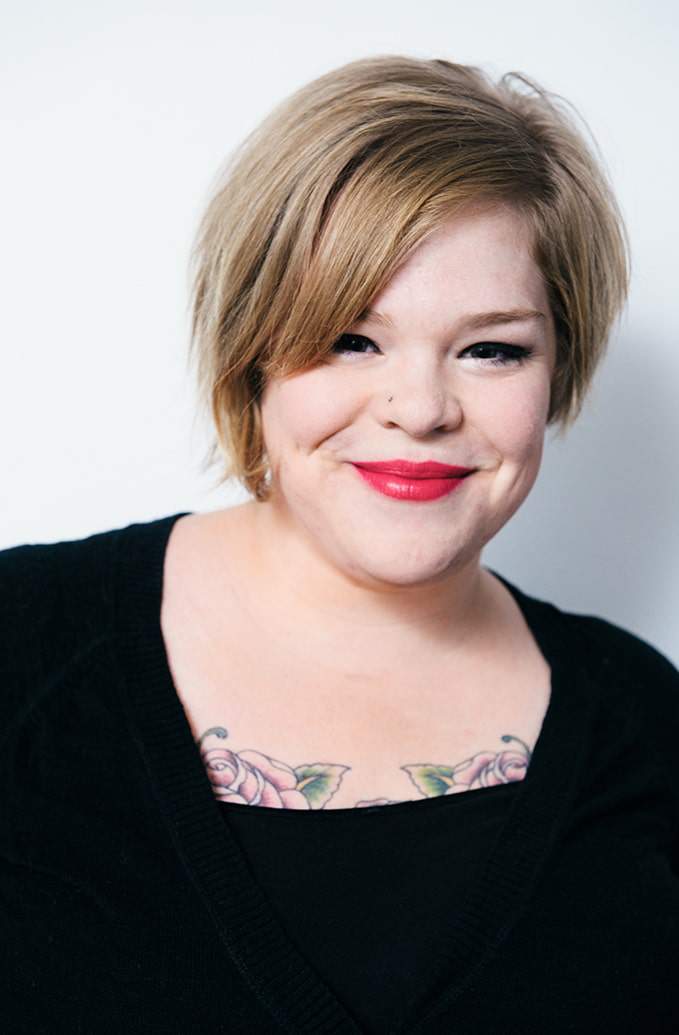 “It was amature hour for a long time, but I think that my wide-eyed discovery of body love helped me connect with those who were also at the beginning of learning about the concept of loving yourself just as you were,” Baker tells me.

“I look back at some of my past blog posts and cringe; I didn’t have any concept of true intersectionality or the fact that our personal health was no one else’s business. But it was where I was at.

And through writing, researching, and talking to those who knew so much more… I continued to progress. I still have a long way to go, but I’m committed to learning and growing for the rest of forever.”

Body love is a journey and all too often, we are bombarded with messages how body love should look. But Baker points out that this looks a little different for everyone and that’s okay. One of my favorite lines from the book came towards the beginning where Baker wrote, “Our bodies are installation art that we curate publicly.” As an artist who uses fashion as a means for personal empowerment, this concept really resonated with me. Baker expanded on this saying:

“It’s fascinating (and difficult) to think of our bodies as art, but it’s an important step! When we implement this concept, we’re acknowledging that we are visible and beautiful and it’s a great thing! I’ve found a ton of empowerment through creating a visual representation of myself through how my bodily presentation to the world. There are many components: from the way I carry myself with confidence to the way I dress unapologetically, to my tattoos that demand to be acknowledged. I would encourage every person to present their inside on the outside.”

While Baker’s message is one of personal empowerment, she also acknowledges some of the outside influences that negatively impact the way that we view our own bodies. One of these concepts is body currency. It’s something I’ve always understood but never knew there was a name for it and Baker’s explanation made a lot of sense for so much of the backlash that happy fat people face everyday in the form of fat shaming and online bullying.

Baker goes into much more depth on this in the book but the gist is that in our society, fat people are supposed to be miserable and hate their bodies but when someone who is fat is happy with themselves they have dared to break the rules and people get mad that this person who be all conventional terms shouldn’t be happy is when they aren’t. 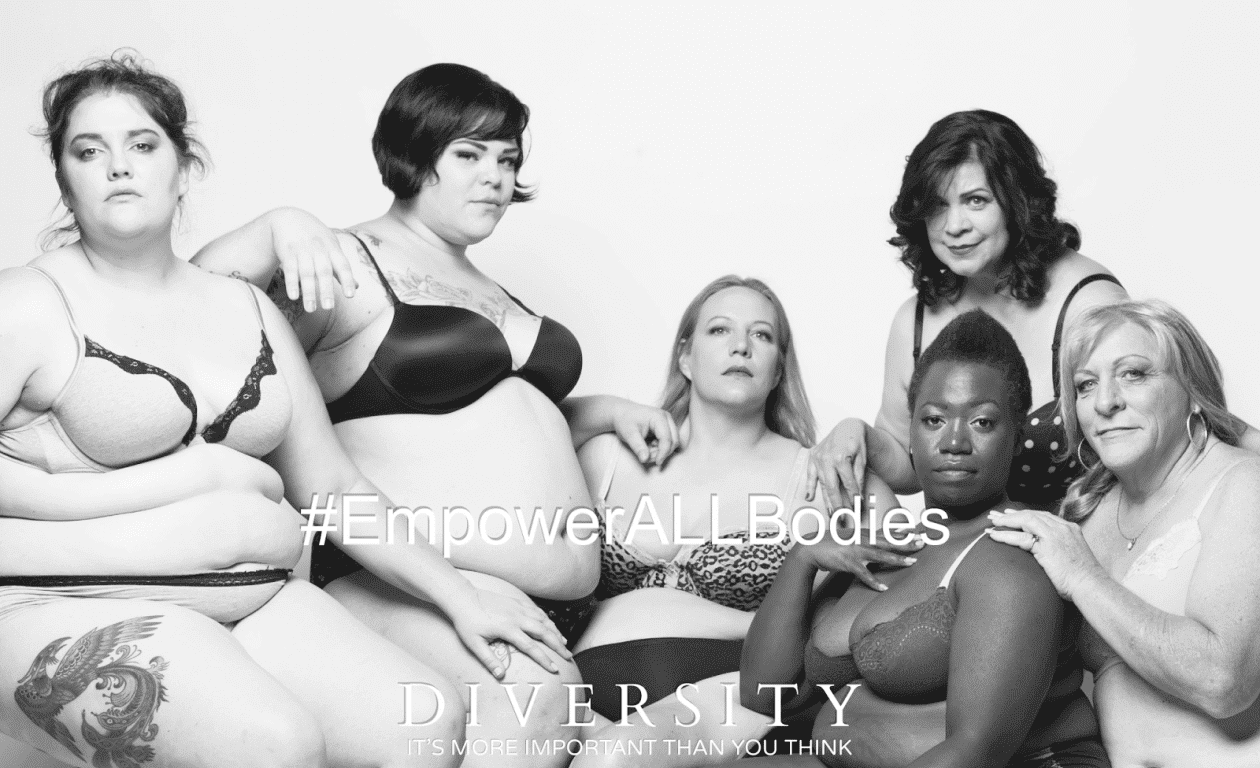 “I think an easy way to talk about this is through Frazey Ford’s lyric: ‘My joy takes nothing from you.’” says Baker.  “It’s a simple way to start a conversation about how happiness is meant for everyone and isn’t a scarcity!”

The Capitalist Nature of Beauty

Another major influence which Baker calls out is the capitalistic nature of beauty. In the book Baker writes, “Our thinness quest just equals money in the pockets of companies who sell us insecurity to make sure we’re repeat customers.”  I think a lot of people do not realize that there’s a multi-billion dollar business behind making us feel bad about our bodies.

“Oh my god, billions of dollars are made by the diet industry every year,” says Baker. “And that doesn’t include the beauty facet, cosmetic surgery or other markets that pander towards our physical insecurities. The weight loss and diet industry is most certainly not a charity created to help you build a fulfilling life; it’s a 60+ billion dollar for profit based business concept that sells insecurity.

And it (as well as the beauty industry) is unfortunately successful as fuck. Our desire to be have the ‘perfect body’ has everything to do with money and the US economy. Plain and simple.”

Welp. Take that and eat health concern trolls. Baker doesn’t just tackle the hate we hear from outside sources but she tackles an important issue happening right within the plus-size fashion community itself: representation. It’s something we’ve discussed on TCF about why we don’t see more bodies over size 18 in campaigns.

For Baker, the reason we aren’t seeing more progress in this area is two-fold. First off, both individuals and companies are resistant to change. We’ve been sold the message for so long that fat was bad that it takes time to remove the stigma both in society and from within our own minds.

“I honestly think that deep down, we as a society are still scared of reality: that there is indeed a diversity of bodies out there,” says Baker. “We still want to see ‘perfect bodies’ (which in plus circles still means hourglass, flat torsos and look ‘healthy’- which is ridiculous) modeling the clothes we desire.  We feel like this will assist us in achieving that ‘preferred’ look, and it feels comfortable to us.”

So much of this book is breaking down years and years of painful traumatic messages that we have received as fat individuals. There’s a lot of what Baker says that is just so necessary for anyone who is engaging in the beginning stages of self love all the way to the body positive warrior. In addition to Baker’s own words, she included short essays from all kinds of fellow activists. This allowed the experience of men, women of color, and people with disabilities among others to be showcased as well.

“The reason I asked so many activists to contribute is because as a cisgender white woman I can only contribute so much from my limited life experience,” says Baker. “And my experience is not only everywhere, but is NOT the whole story. The individuals chosen were people that I deeply love on a personal level and ALL of them have changed the way I think in regards to specific subjects.”

And after reading all of the powerful words in this book, my first thought was how soon the next book would be coming out. Baker confirmed that her publisher has requested a second book.

“The subject is yet to be determined but I love the book format,” says Baker. “It allows for a thorough discussion that blog posts don’t seem to allow because complicated subjects like body image require 60,000+ words while articles online have to be around 1,000 for readability. I might ask the world what they would like to see. I’m looking forward to producing something that others need that might not exist just yet!” 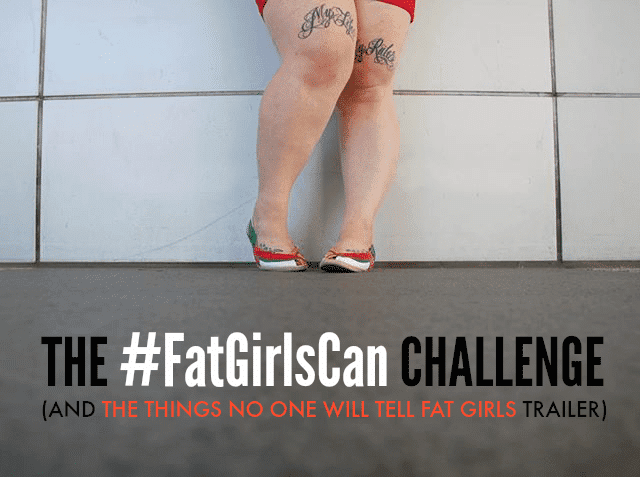 Get Your Copy of “Things No One will tell Fat Girls” from Amazon.com!

So no matter where you are on your journey, “Things No One Will Tell Fat Girls” needs to be on your winter reading list and you can join the conversation on social media by participating in the The Fat People: Do All Things Challenge!