So you guys know I’m like the ultimate Chevy girl right? Even before I got my Cruze I drove a Chevrolet! So it was only right that we have Chevrolet back to the TCFStyle Expo this year as our Stage Sponsor. Not only did they sponsor the stage, but they brought the 2018 Chevrolet Equinox for us to check out! Cool right? 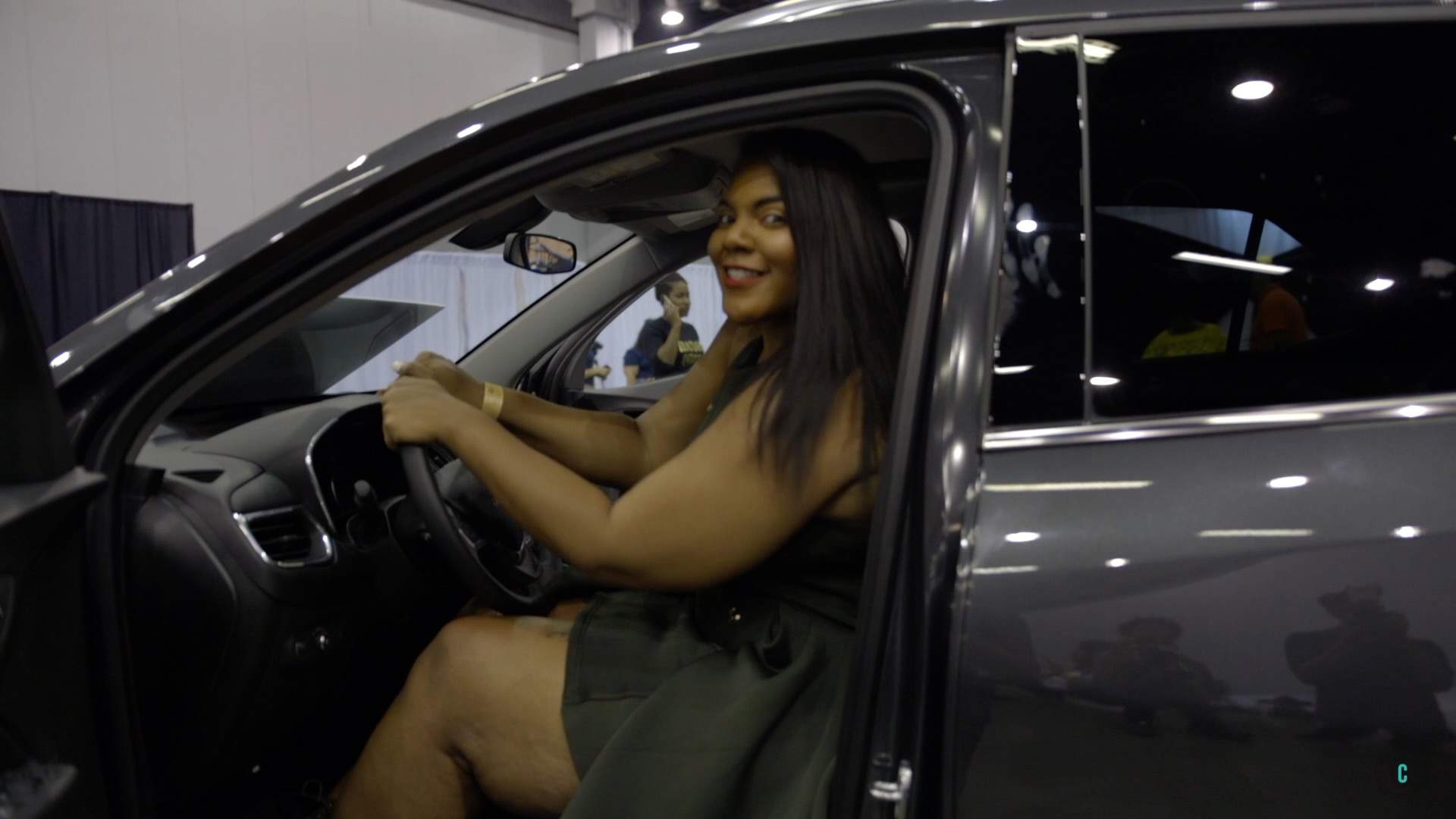 Since I got to test it out personally it was only right that I gave you guys my review and initial thoughts on the 2018 Chevy Equinox and take you with me on a shoot and driving around town enjoying it!

So first thing I loved about the Equinox was that it was so spacious. Even though it is a compact SUV there was enough room inside for me and all the Expo things I had to bring home with me. And on shoot day I was able to fit some remaining boxes and my huge suitcase with me and they all fit with no problem! Plus there was a good amount of leg room in the backseat! Besides having all the space to load my stuff in having the Hands-Free Gesture Liftgate was also a plus! 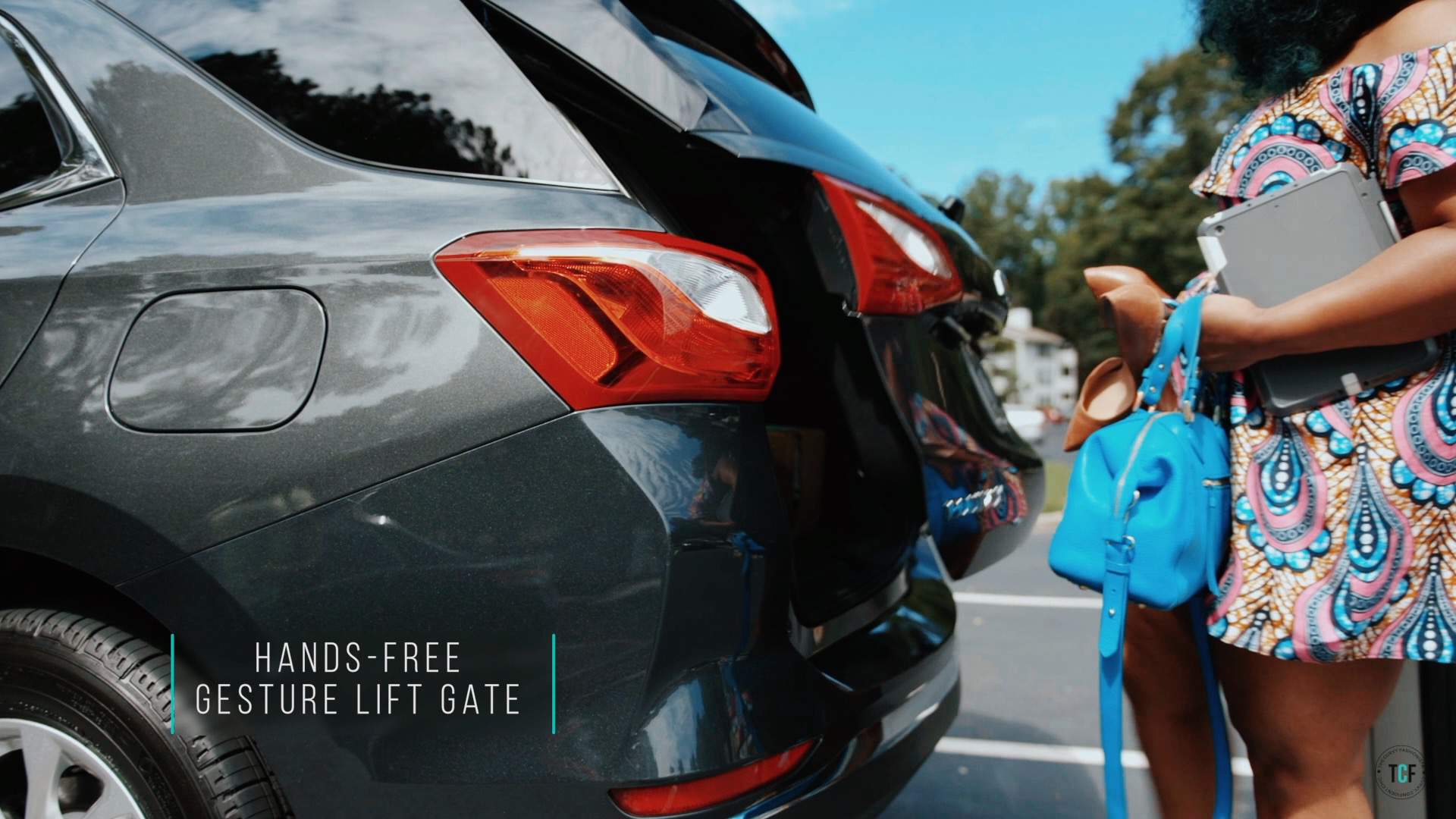 Convenience is key right? So on top of having the automatic lift gate, having push to start is another added bonus and definite upgrade from my Cruze! And although I’ve been in GA for almost 4 years now, I still use my GPS to go EVERYWHERE! The Equinox now comes standard with the Chevrolet MyLink® on-screen and connects to both Apple & Android phones with Apple CarPlay.TM† & Android AutoTM†. I’m able to connect my phone to listen to music and I can even use the phone’s navigation system! 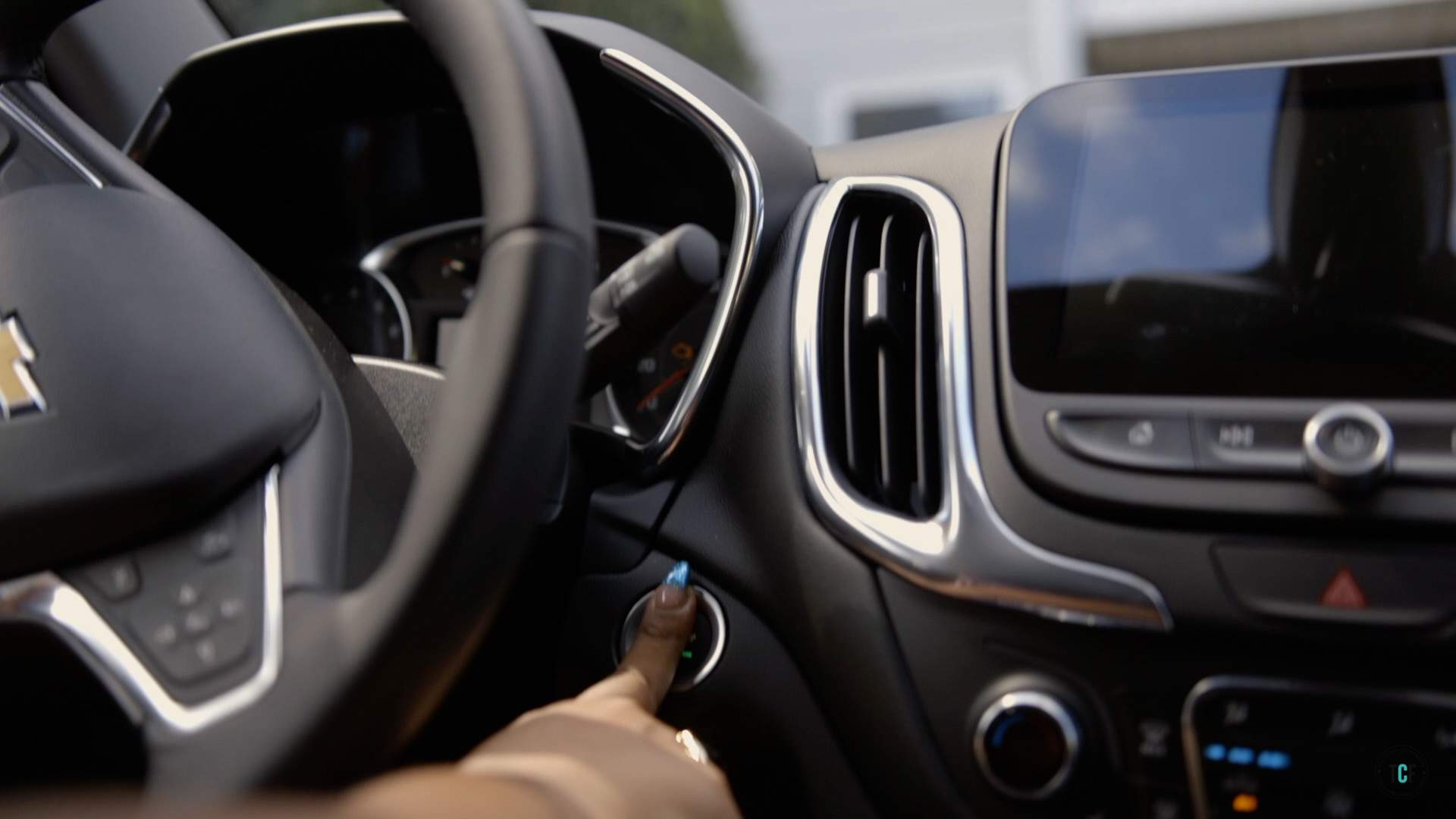 Oh and did I mention? There was wi-fi! Yup the Equinox has it’s own, built-in 4G LTE Wi-Fi®! Perfect for when I want to take a road trip or have a long distance to drive and still have some work to get done. 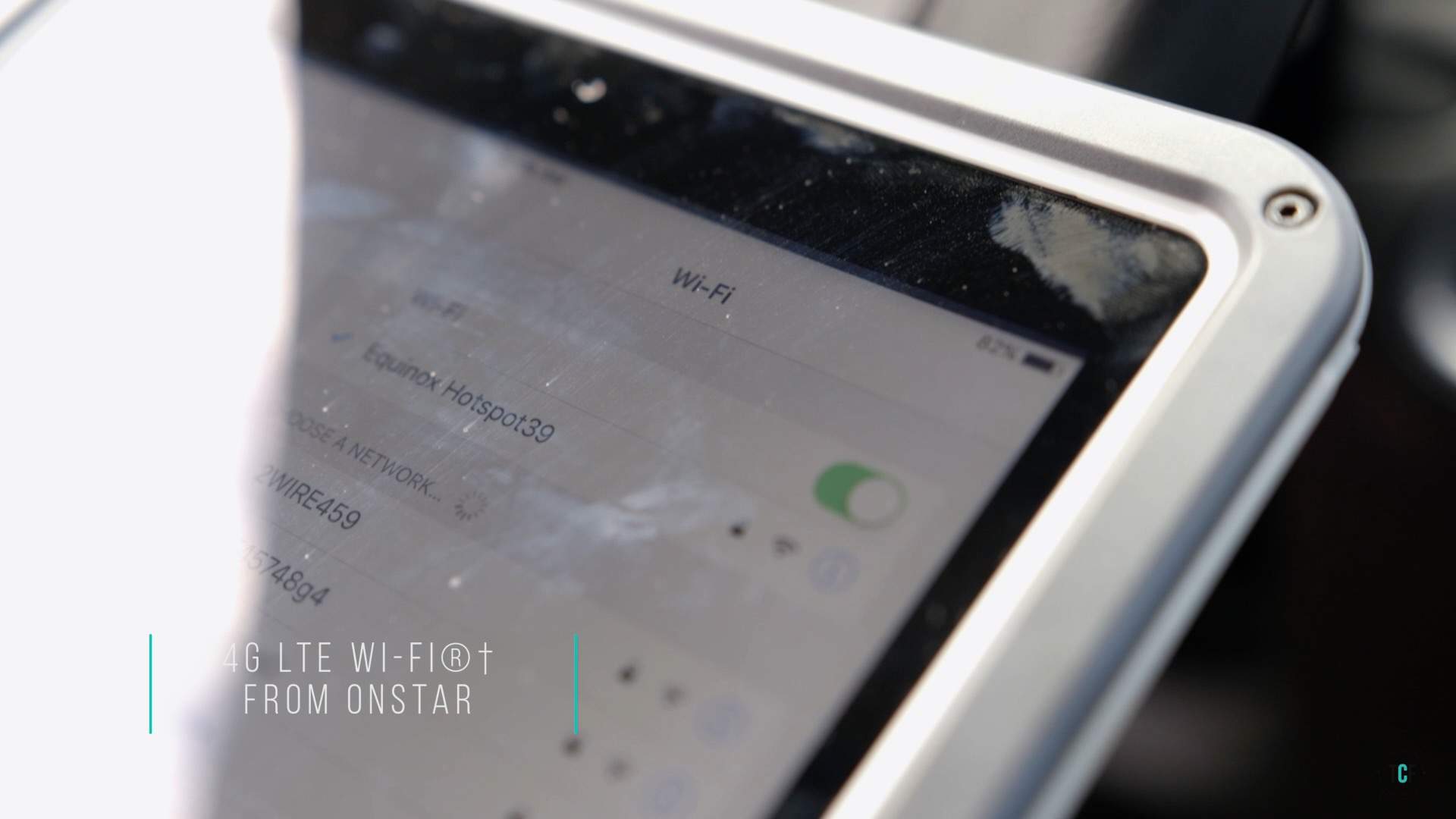 Besides all the amazing features and abilities of the Equinox an added bonus was definitely the Panoramic Power Sunroof! I haven’t had a sunroof in my car in forever and so it was definitely cool to have and play around with! 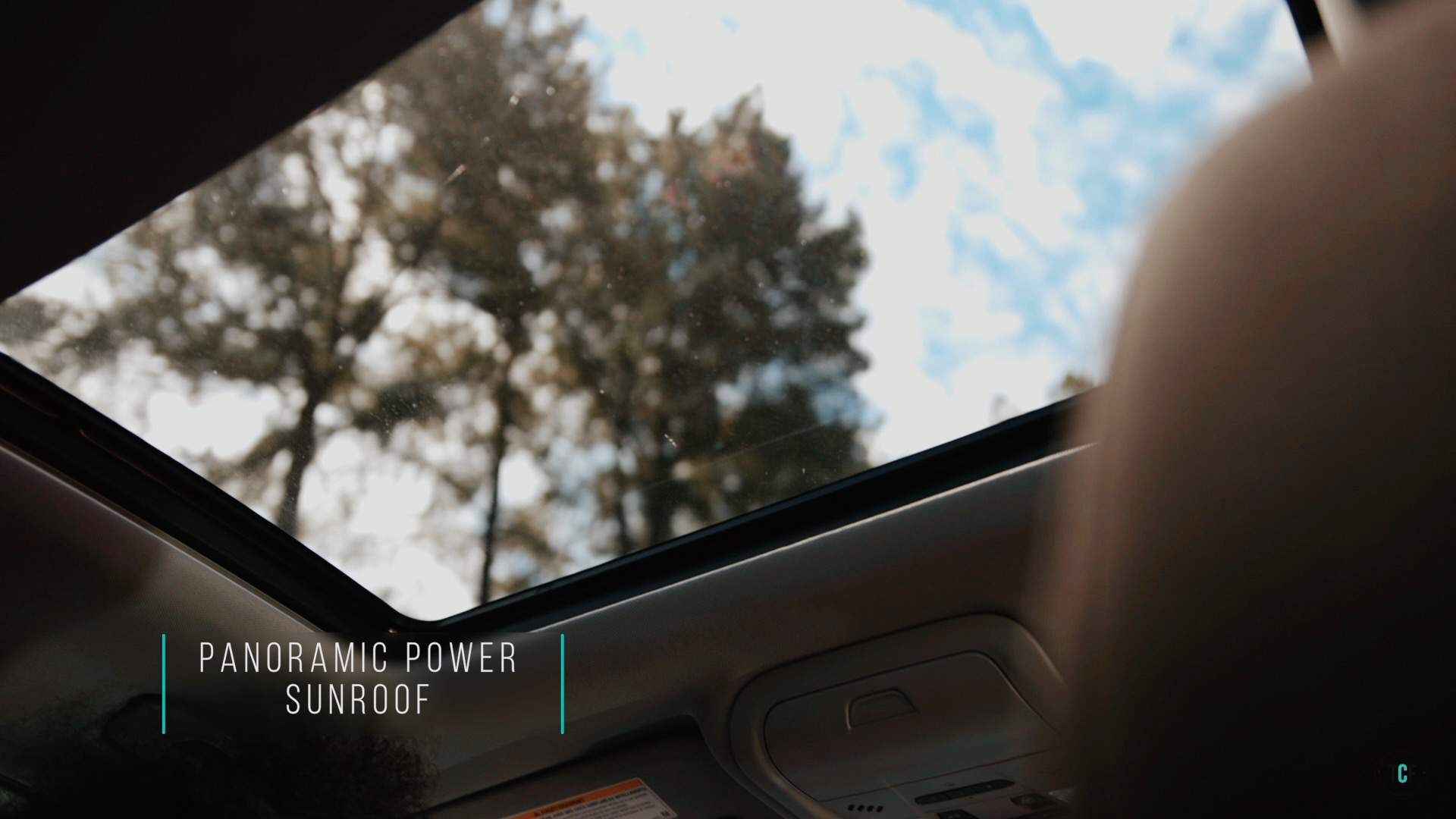 So just from my favorites could you see yourself in a brand new 2018 Chevy Equinox? I mean for me the wi-fi and spaciousness alone are enough for me to add it to my list! Not to mention that it is great on gas and beats all the competition for cars in its class! Let me know in the comments how you’re feeling about the Equinox and if you’ll be adding it to the top of your list like I have!