Fashion editor for the Washington Post, Robin Givhan, wrote a feature piece today that irked the hell out of me. What got me riled up was partially because she could be onto something, and the other part because this cycle is too frustrating- the juxtaposition of and relation between Fat and Fashion.

The lovely and fiercely fashionable peeps over at The Fashion Bomb posted an article today about her comments and position Robin Givhan’s takes on the recent uproar and media sensation with being thin.

“Why?
All those emaciated models have to be seen against the backdrop of a population that is overwhelmingly afflicted with obesity. It has to be viewed in the context of a first lady who has taken up the cause of healthy eating and exercise because nearly one in three children in the United States is either overweight or obese.

The fatter the general population, the thinner the idealized woman. And for all the public posturing and blogging, the only force that stopped people from buying clothes and magazines was the souring economy, not righteous indignation over skinny models.

By its very nature, fashion is a business of falsehoods and costumes, all in service to self-definition. The uncomfortable truth about the fashion industry is it has a knack for tapping into unspoken cultural obsessions and taboos. Fashion sets up a rarefied world of perfection that is, in many ways, defined by how much it differs from the mundane, from the norm. And all indicators suggest that as a culture, we hate what we are becoming: fat.”

Excuse me for a moment why I gather my thoughts:

Really? Is this the reason why I have to go on a hunt for the latest and flyest in fashion? Because the world is getting fatter?

While I respect the ideologies and perspectives represented, let me put on my M.B.A. in Marketing hat on so that I can understand this:

Although there is, an extremely high demand for more fashionable pieces in sizes that reflect the average woman, designers would rather create a scarcity of high fashion to ostracize anyone with curves.

In addition, rather than succumbing to a reality where beauty, fashion, and size could all be celebrated and received, we inevitably have created this fantasy that every fat girl wants to be- a size 2?

I have to stop. I want to know what you think about this! 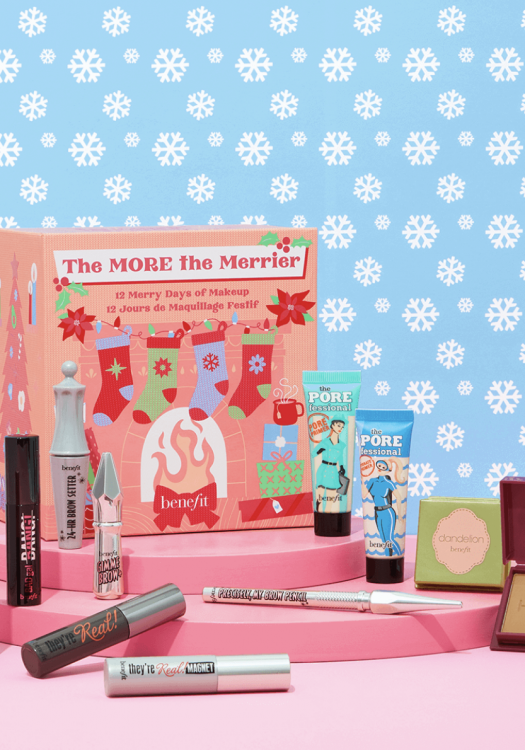 Get in the holiday spirit with these fun beauty advent calendars! These make great gifts for loved ones and are a perfect little pick-me-up for yourself!