All the way in the back of the convention center, there was this theater that welcomed attendees to catch an exclusive sneak peek of these shows and movies coming out, a Q & A with a few of the stars and for the press junket, an exclusive up close and personal chat with the stars! I was really hyped, because here, I could actually ask those questions you share with your girlfriends about a show… YES, I am THAT girl. I asked and got my answers! But first, let me share with you the two shows that stood out to me the most that I will be ready for!

Andre ‘Dr’ Johnson (Anthony Anderson) has a great job, a beautiful wife, Rainbow (Tracee Ellis Ross), four kids and a colonial home in the ‘burbs.  But has success brought too much assimilation for this black family? With a little help from his dad (Laurence Fishburne), Dre sets out to establish a sense of cultural identity for his family that honors their past while embracing the future. 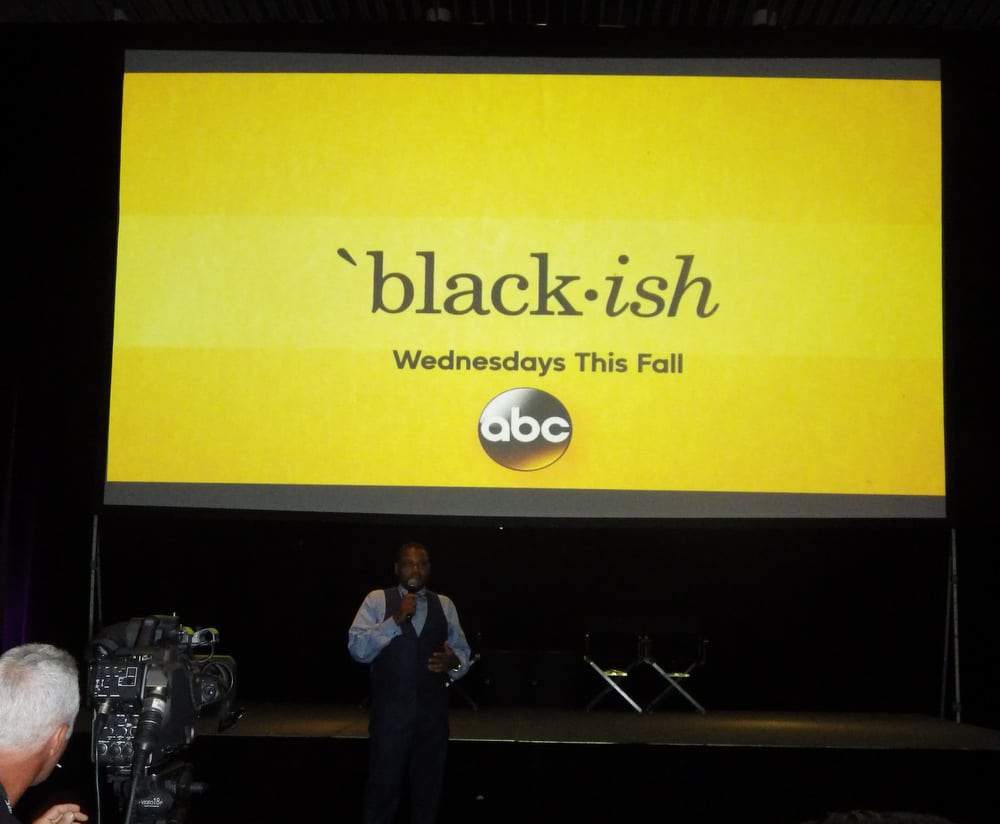 This has amazing potential. I laughed, could relate (being a military brat and middle class family) and LOVED that Anthony Anderson shared with us how black (ish) pulls directly from life experiences and situations that have really happened. Given that his character works in marketing (which I am a sucker for) I asked him how he would weave in today’s black consumer into the mix if or at all! 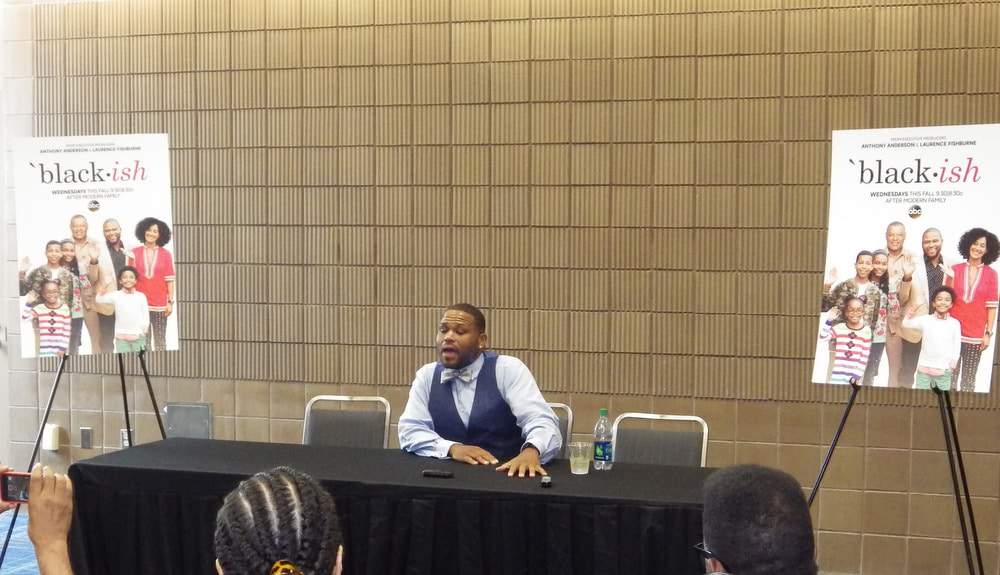 Anthony Anderson was quite open and candid about his process in this, creating it, shopping it, and his hopes for the show. At first I was inserting an eyeroll, but after sitting down, watching the first episode and talking with Anthony Anderson, I am hooked. I will be tuning in to watch the show! He answered my questions and we even took a picture together- after him calling me out at the end, “Where is Curvy At?”

“I’m right here boo!” is what I answered and this pic was snapped!

BEYOND THE LIGHTS is the story of Noni Jean, a hot new award-winning artist who is primed for superstardom. But not all is what it seems, and the pressures cause Noni to nearly fall apart – until she meets Kaz Nicol, a promising young cop and aspiring politician who’s been assigned to her detail. Drawn to each other, Noni and Kaz fall fast and hard, despite the protests of those around them to put their career ambitions ahead of their romance. But can Kaz’s love give Noni the courage to find her own voice and break free to become the artist she was meant to be? 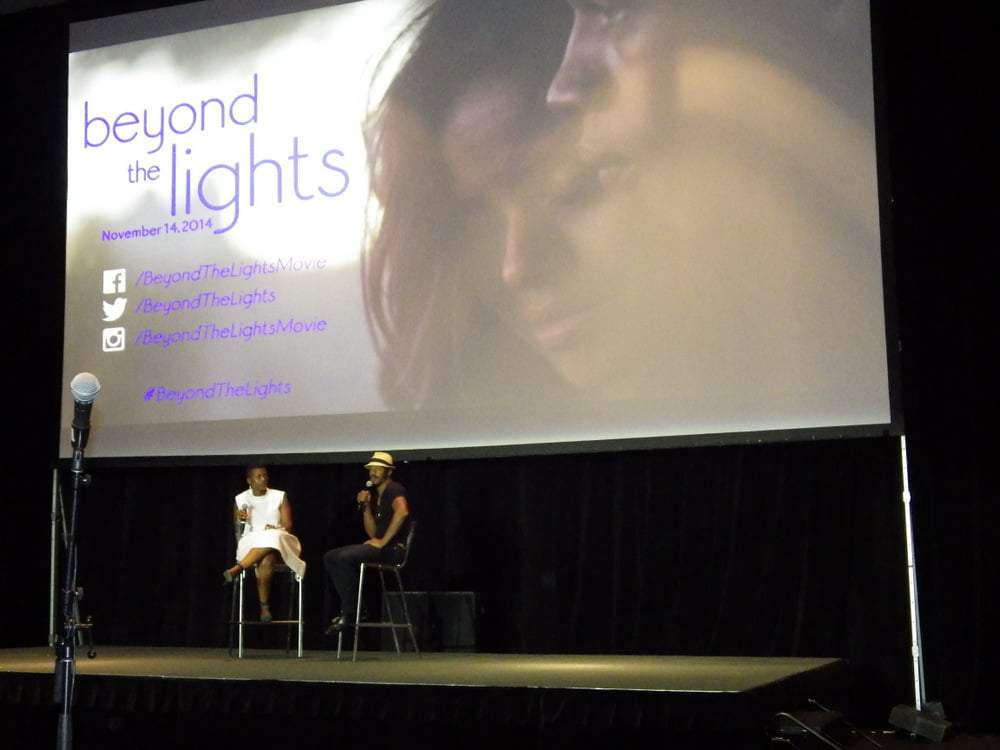 It has been quite some time since there was a love story told from my point of view. An emotional love story that evoked some type of emotion, shown the realness of love, all from an African American perspective. Add to that, one that has intense chemistry, drama, and challenges that I can relate to or have seen… 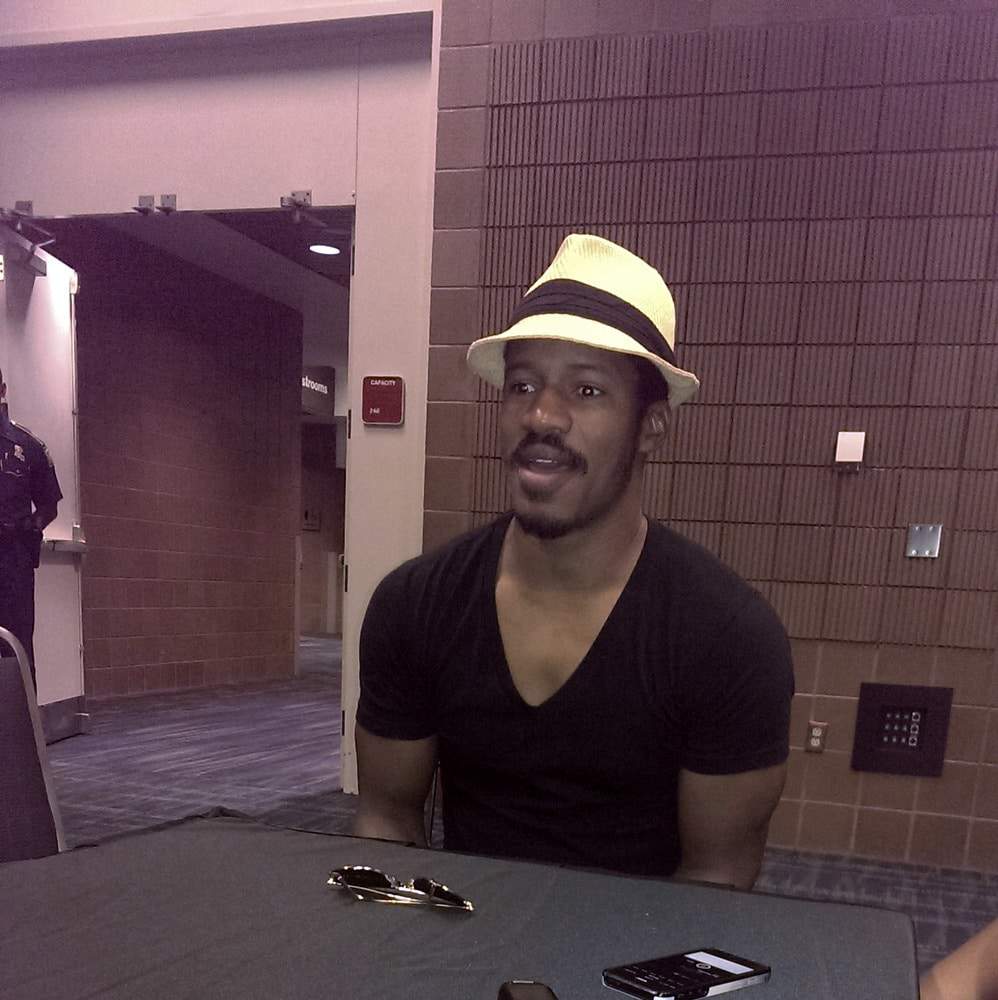 I will be there with lights and bells on. We had the pleasure of chatting up one of the movie’s stars, Nate Parker! Let me tell you, hearing his passion for the role and roles he takes on, his openness with the press junket, and watching him serve on screen? I AM here for all of him.

You can learn more about Beyond the Lights Here!

I am really excited to watch both of these and had I not attended the screenings, I may not have been so intrigued or curious to watch them!

What do you think? Are these shows that you could see yourself watching or tuning into? I would love to hear from you!