Oh, how do I love Adele. One day, I will interview her. I am putting it out there in the universe. In the meantime, let us talk about how amazing she is… 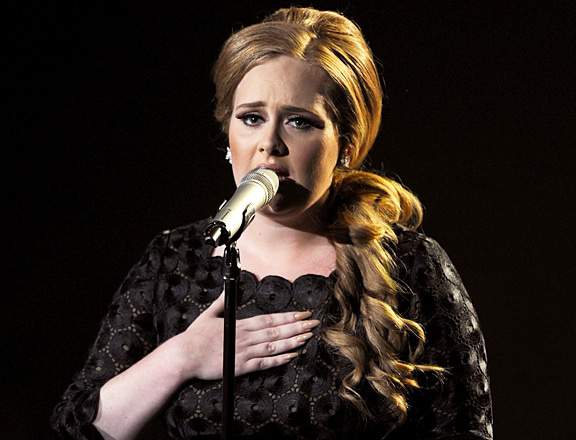 Adele took home 3 Moon Men! But her highlight was not the red carpet entrance but her AMAZING performance during the MTV awards… She seriously slayed and looked fabulous while doing it!

Singing “Someone Like You,” Adele wooed the crowd as she was accompanied by only a piano. Adele’s voice tugged at our soul (I was almost in tears- but maybe I feel her pain? I suppose that is another story) while her style played with our heartstrings!

Perfectly coifed in a side swept ponytail, Adele fashioned a retro look of the 50’s by Barbara Tfank. Adele kept her makeup clean with an exaggerated lash and NUDE nails! Can we say chic! 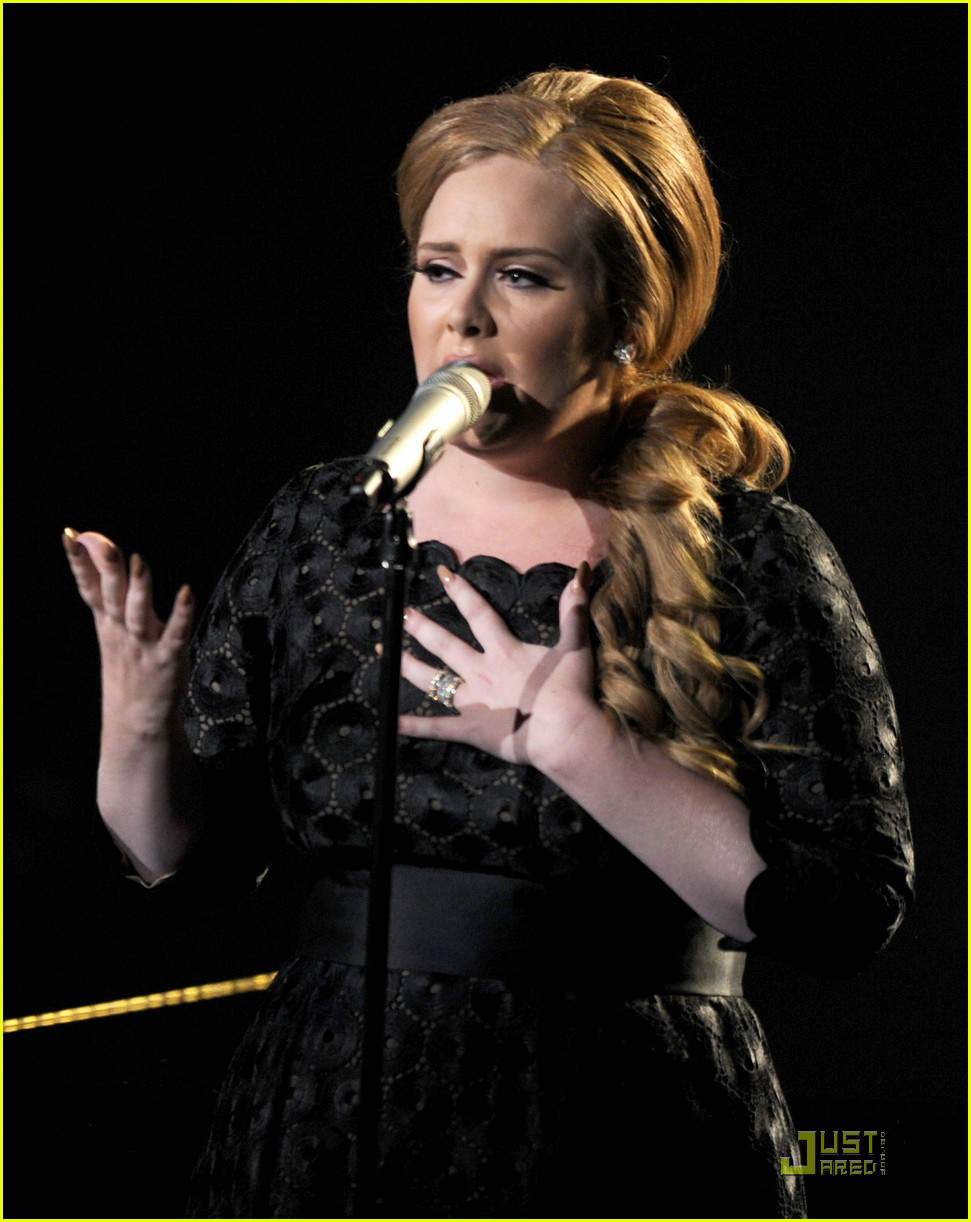