The lovely Cassy Jones-McBryde of the Fuller Woman Network has been making some moves for the Plus Size woman with her successful “Fuller Woman Expo” which took place this September.

I was fortunate enough to snag Miss Cassy away for a guest post! In the news lately, you have read about Karl Lagerfeld’s comments about “No one wants to see Curvy Women on the Runway” please read on to read Cassy’s perspective on Plus Size Fashion.

There has been much talk in recent weeks about Karl Lagerfeld’s statement regarding curvy women having no place on the runway. In his interview with the German magazine “Focus”, he goes on to say that the inclusion of real sizes on the runway is driven by “fat mommies”who watch TV and hate to see skinny models. 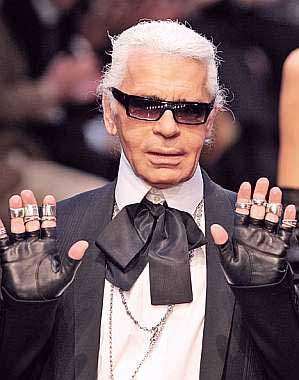 One has to remember the perspective the Karl Lagerfeld’s of the world come from. Their perspective is steeped in the European tradition of size 0-2 on the runway, an image that has been a staple in fashion houses across the world for decades.This same image has been what the US has adopted, attempting to legitimize the industry by mimicking what has been regarded as the standard to aspire to in fashion.

His belief that fantasy is what a fashion show should be about is correct.

You do want to evoke images of high society and couture wear that you don’t normally have in your everyday life. Make-up is exaggerated, you walk in 6 inch heels, hair is impeccably placed and you have attitude that you wouldn’t necessarily walk with in the supermarket. I am with him on that. He is certainly not alone in his beliefs, he is just very vocal about this perspective. Also keep in mind that he is commonly known as“King Karl” in the fashion world, he has helped shape the current industry perspective and runway images, he is merely protecting the genre that he has helped create. 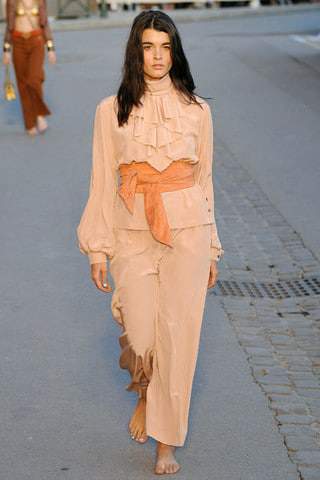 The problem is that there has been a lack of concern to how these illusions are created. These are real people who just happen to be models, several of whom have lost their lives to be considered acceptable for the fantasy. Granted this is a personal sacrifice that these women feel is necessary to achieve success on runways across the world.

What many may fail to realize is there is a real consequence when unrealistic demands are placed on models today.

The movement in the world toward acceptance for all women is not driven by women who are not destined to be a super models, it is driven by models that are in the industry who will no longer stand for not being heard, by women who aspire to be models but feel that there are no real options for them and by the consumer who have limited choices of how to create the “fantasy” in their own lives.

I don’t think that we feel that thin models have no place on the runway, we just feel that couture fashion is not reserved for the smaller demographic in society. The swell of support across the world in portraying real women on runways and in print is a step toward changing the mindset. Glamour received a lot of press for including a picture of one plus size woman in an article recently. The huge support they received prompted them to do another spread off all the women that were present at the same shoot but failed to make the final cut.

These same women were featured on Oprah recently as models for Cookie Johnson’s new jean line for curvy women. That is wonderful, we need to create a dialogue in all facets of society.

I do fear that after the popularity wears off and that companies who are making a statement by including different demographics in print and runway no longer makes the press, that they will put down this agenda until it becomes cool again. 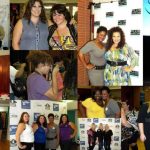