Have you heard of the Bethenny TV Talk Show? You know, I rarely watch the Real Housewives shows anymore. However, one that I really connected to was the Housewives of New York. And I really adored Bethenny and her brutal honesty. She kept it real to me and I dug her for this. Even more than that, I admire her business acumen. Sister-girl-friend is a hustler, businesswoman, mother, and badass. And now that she has her talk show, Bethenny TV? In my eyes, she is.

So, when I was invited to attend her launch party, I was geeked. Knowing that I would have a few moments with her for a mini interview- even more hyped! I knew I had to dress up and make an impression! 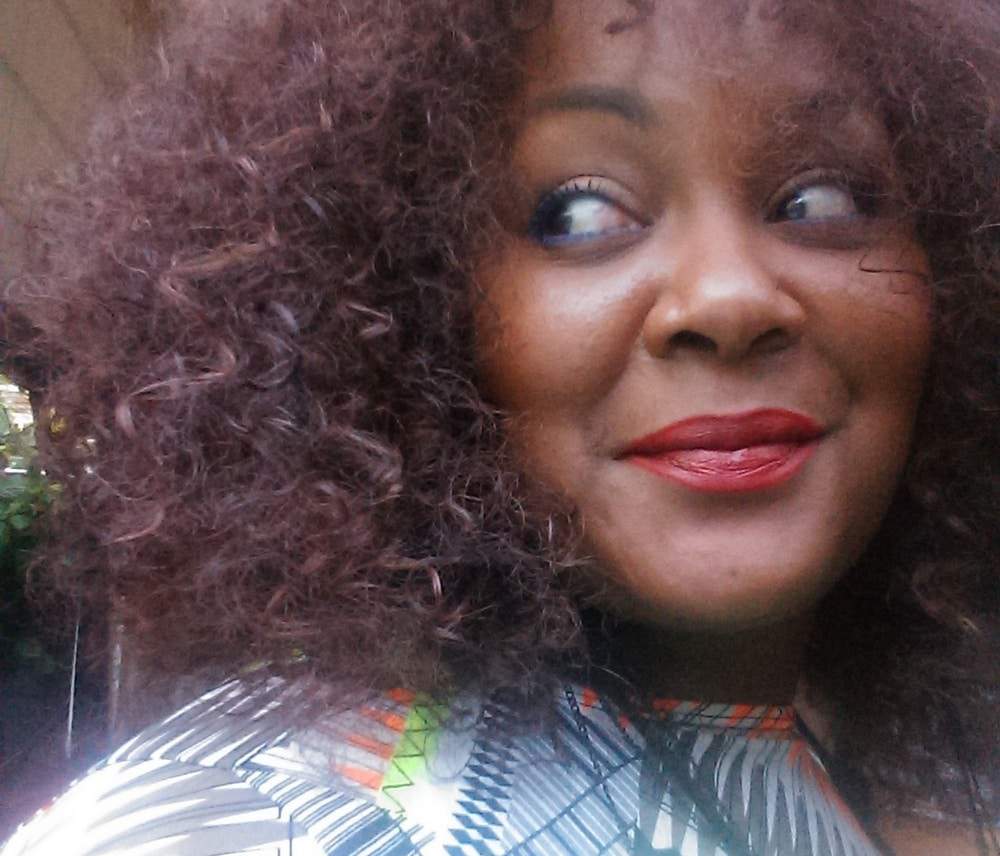 So I reached for my dress (ONLY $20 BUCKS DUDE!) from Chic and Curvy Boutique that Melissa sent to me (Thank you darling!). I have been wanting to rock this dress, but never had the right moment, until now! 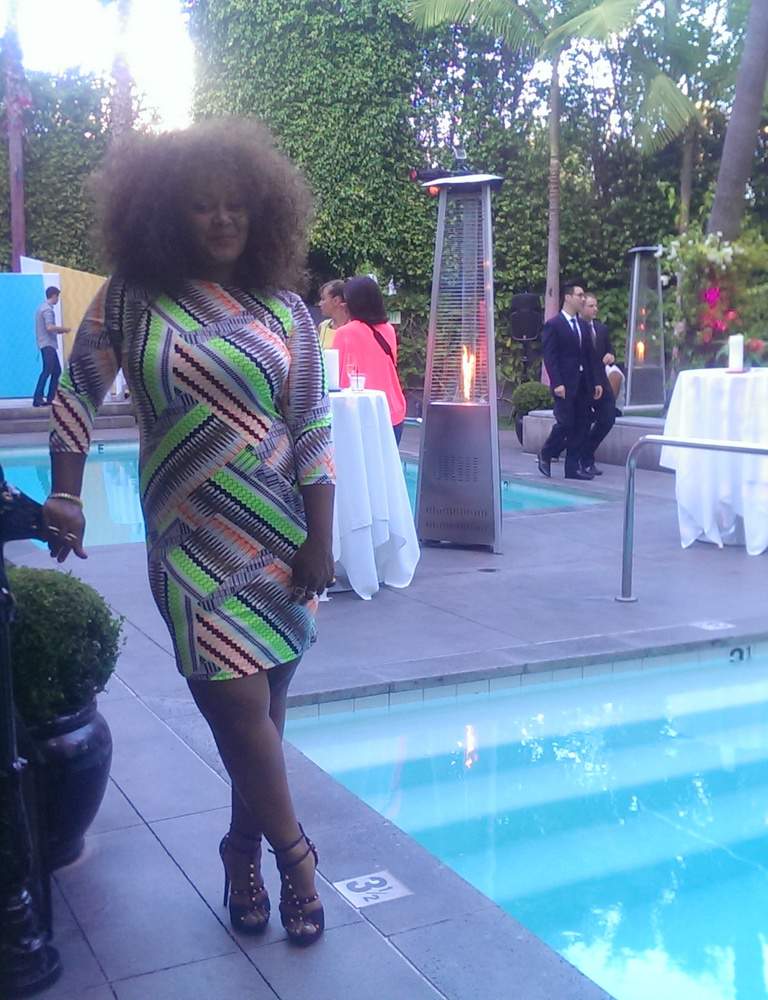 Paired with my Just Fab heels, I was on the move! Of course, I had to layer on the jewels… I mean. I love my rings! 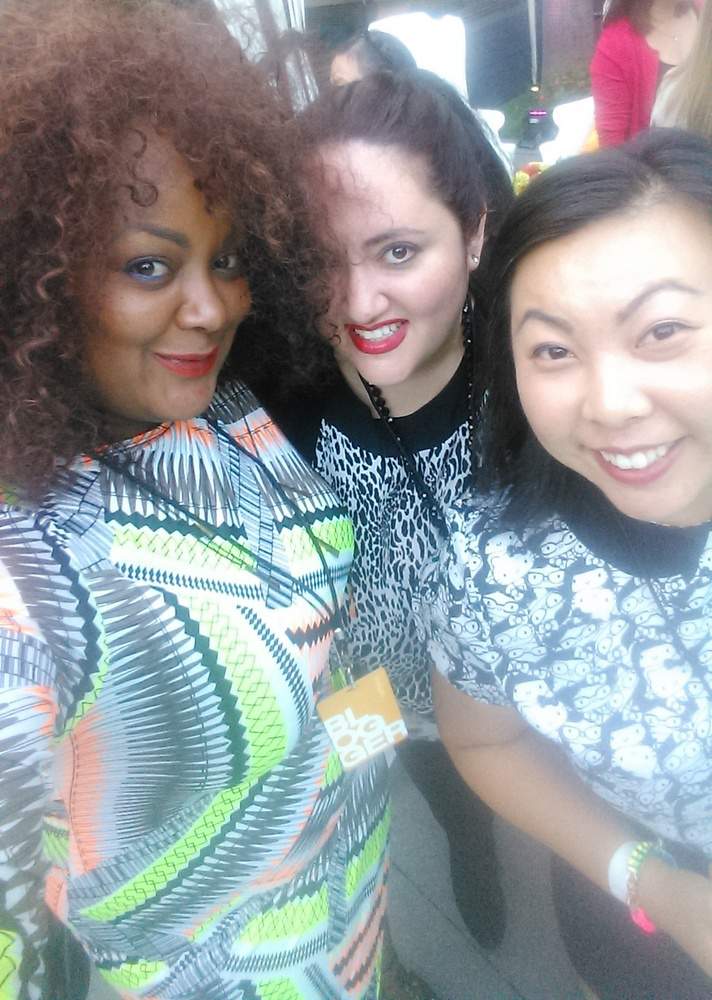 I met up with a few of my So Cal Lady Blogger Girlfriends, AJ from Confessions of a Fat Girl and Chris from What I Run Into and we had a blast! See a few of our pics below! 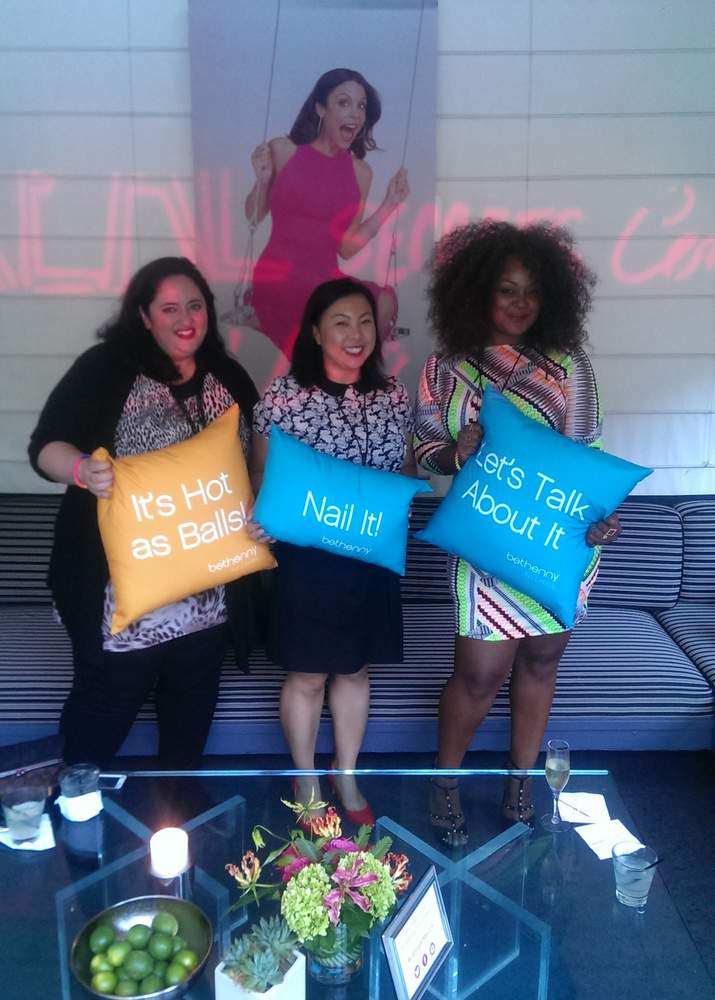 So Bethenny? Well, she is dope.

When asked about Confidence…

On the road? Continuing to go whenever you are out of gas. I always felt that whatever I am going through right now… I am going to find out later why it’s so difficult. But I am going to stick out and keep going because there is something greater… and I think those who have self made success probably have in common… unless they’re really lucky.

“First of all, it’s great what you do! It’s about being confident and playing up your assets. So many women are focused on body image and being the most beautiful… When it comes to being confident, THIS is the person who they are not going to forget.”

On being a woman…

I don’t see gender. I don’t understand those who don’t GRAB it. Don’t think about what you’re NOT getting, go and get it… I created a cocktail in a man’s world… they didn’t get it… and now? They are marketing to women!!

On her Show and her thoughts about her talk show…

All of a sudden, on RHONY and my spin-off, I was being myself… they were relating to me being honest. I developed a relationship with people relating to me. The talk show, evolved. The show came from how do we take that relationship to the next level…

On what she has not accomplished…

I‘d love to host Saturday Night Live… it’s funny I tell people to dream big and go for it. I say… there needs to be better (this) and it is very micro… I am focused on the show right now!

And then we took our photo! 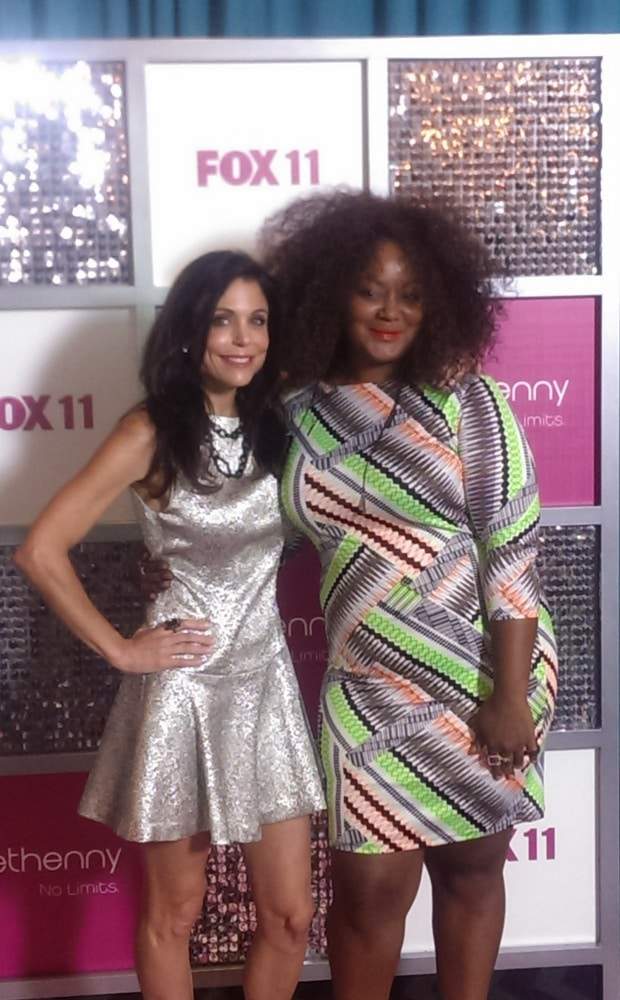 I adore you Bethenny! Thank you!

What did you think of our interview? My look for the day? With what she shared? Will you be tuning in? Leave a comment and let’s talk about it! 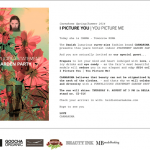 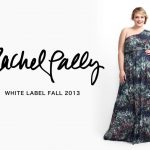